Johansson,19, moved to Bayern from FC Metz in 2017, impressing for the German giants' Under-17 and Under-19 teams and featuring for the first team in their last two pre-season tours.

The midfielder is highly thought of but he has made the decision to head for Spain in search of greater first-team opportunities.

Johansson will initially play for Sevilla's B team - Sevilla Atletico, who play in the Segunda Division - but will also train with the firsts with a view to eventually making the step up.

"It is a dream come true," he told Sevilla's club website.

"I think Sevilla is a perfect club for me at this point in my career and I hope to play for the first team very soon. It was a very easy decision for me to come here, where I can improve and help the team in the future.

"I think I can progress at first with the reserves and adapt myself to the club so I can make the first team, hopefully it's very soon." 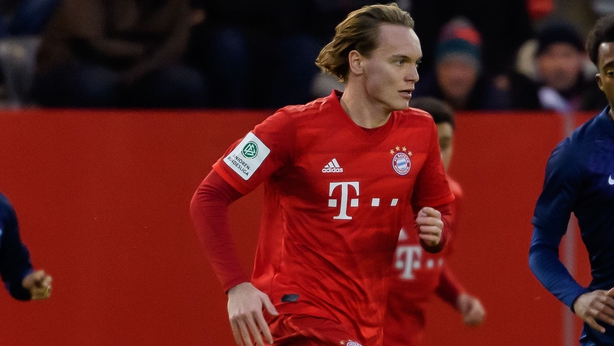 Raised in Luxembourg by a Swedish father and an Irish mother, Johansson's future remains unclear.

He played two friendlies for Tom Mohan's Ireland Under-19s in 2018 but because he featured competitively for Luxembourg Under-21s at international level before acquiring Irish citizenship, he is being prevented form playing for the Boys in Green by FIFA.

Their rule over eligibility states a player can request to change their national team as long as "he already had the nationality of the representative team for which he wishes to play".

It was understood that Johansson was keen to commit his long-term international future to Ireland, however, Swedish national newspaper Expressen quoted the player's agent saying that he had decided to change his allegiance to Sweden.