Marcus Rashford is "touch and go" for Euro 2020 as he battles to recover from a stress fracture of the back, according to one leading medical professional.

The Manchester United and England striker has predicted he will be back in action for United before the end of the campaign but his recovery time remains unclear.

United manager Ole Gunnar Solskjaer initially said the 22-year-old, who suffered the injury in last week's FA Cup clash with Wolves, would be out for a minimum of six weeks before revising that to "a few months" on Tuesday.

Johnny Wilson, clinical director at 108 Harley Street, believes the forward is facing a race against time to be fit for England's Euro 2020 opener against Croatia at Wembley on 14 June.

Wilson said: "In the Premier League there have been seven players over the last 10 years that have reported the same injury as Rashford.

"Their average return-to-playing timeframe was 133 days. Today the Euros are 142 days away, so it is touch and go. He has a chance but everything has to go right." 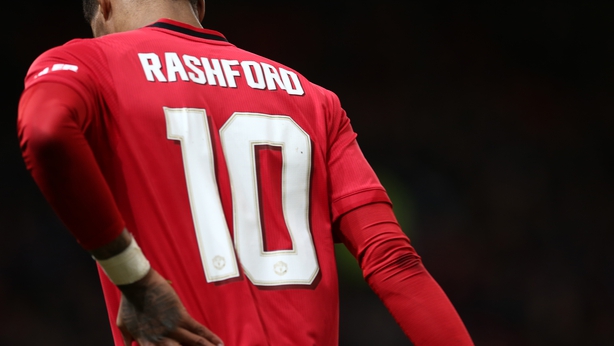 Rashford's injury, of the vertebrae in the spine, is known a pars stress fracture. It is thought to be caused by repetitive stress on the lumbar region and can develop over time.

There have been reports that Rashford has actually suffered a double stress fracture.

Wilson said: "A unilateral fracture would be a fracture on either side of the vertebrae and a bilateral one would be the left side and the right side having fractured.

"It's a little bit more serious if it's a bilateral one because the vertebrae might be a little bit unstable and more prone to slipping forward, which can cause nerve impingement, sciatica or disc herniation.

"Ninety per cent of those guys will return to play pain-free within four months but for 10 per cent their recovery might not go so well. They may not respond to physiotherapy and conservative management and may still be left with pain.

"They will have to go on for surgical procedure, and then you're doubling the time."

Recovery time varies from player to player, depending on how they respond to treatment.

Wilson said: "In the first four weeks we may put these guys into an orthosis, like a back brace. This prevents arching the back and causing more stress on the pars.

"We want to reduce stressful loading on the bone, encourage healing and hopefully get them pain-free in four to six weeks. Then we resume a graded exercise programme.

"It is a task-based rather time-based. We don't magically get to 12 weeks and say 'you're good to play'. It is a case of what are they like on their tasks.

Wilson, who has previously worked at Notts County, Scunthorpe and Chesterfield as well as in tennis and rugby, has no doubt Rashford will now receive the best treatment.

He said: "Rashford had started every game this season so he was due an injury. It's unfortunate but he is in the hands of a very good sports medicine team at Manchester United." 221410 JAN 20

Rashford himself confident of returning to action before the end of the season.

Responding to a message of support, he tweeted: "Thanks guys, I'll be back before the season ends to hopefully help my team claim top 4."