Former Liverpool hitman Danny Ings has hogged all the plaudits with 14 Premier League goals, and 10 in his last 11 matches, as Saints have dragged themselves out of the relegation mire.

But Saints manager Hasenhuttl has insisted that 32-year-old Tipperary man Long is just as important to his side's fine run of form.

"Shane Long is a really important player for us," said Hasenhuttl.

"He's doing so well for us, he's always there, working so hard and he's so well liked by the squad.

"He wants to play to the end and you can feel he's not resting with his energy on the pitch, he wants to leave everything out there on the pith.

"And it's a massive help for me because he's never saving energy, he's giving everything knowing that he will be spent when he comes off." 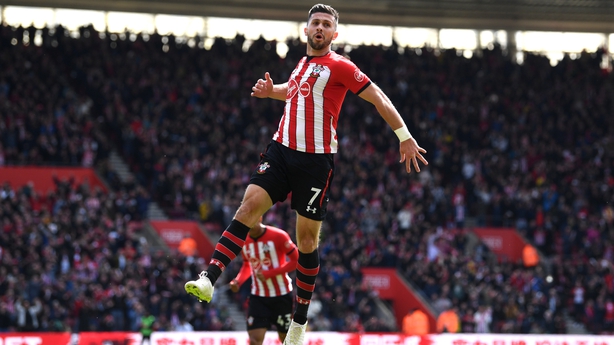 Long's searing pace has proved a feature of Southampton squads since his arrival at St Mary's in 2014, but the former West Brom and Hull forward has struggled to maintain a central role in his south coast years.

He's also fallen out of favour with Ireland. Long didn't play in any of the Euro 2020 qualifiers, though he was unfortunate to suffer a calf injury that forced him to withdraw from the squad for opening clashes with Gibraltar and Georgia.

Long has appeared to be on the brink of a Saints exit several times, but he's enjoying a renaissance under Hasenhuttl, with the Austrian boss hugely impressed.

"He's an unbelievable wall player for us, and that gives you another chance to keep heaping pressure on the opponent," said Hasenhuttl.

"He's very strong in the aerial duels and that can squeeze opponents.

"What I like too is he knows exactly when to go and when to stop, because this is sometimes not so easy for a player.

"It is all this kind of work that makes him so important for us."