Chris Wilder thinks the rise of Sheffield United is one of the stories of the season so far.

The Blades have been the surprise package in the Premier League after many tipped them for an immediate return to the Championship but the club's first top-flight campaign for 12 years has been a resounding success to date, with the team currently sitting sixth in the table.

Republic of Ireland trio John Egan, Enda Stevens and David McGoldrick have been central to that, with Callum Robinson also playing his part.

Survival was the aim at the beginning of the campaign and victory at Arsenal on Saturday would move Wilder's side on to 35 points, which was enough to stay up last season.

However, the Blades boss is not getting ahead of himself and has warned that a lot can still happen between now and May.

"It's an outstanding news story so far and I'd love for it to be a brilliant story come the end of the season," said Wilder, who last week signed a new contract until 2024.

"I think it is one of the stand-out stories so far. A newly-promoted team coming up, playing the way we've played and the position we are in and how we have done it - over the last two or three years as well and from a financial point of view too.

"There's always going to be talk about Liverpool and Manchester City, and while Leicester are going well, for us to be in sixth position is quite remarkable.

"We've done fantastically well, there's no doubt about that. But it's only this stage of the season and I'm not into that. There's still a lot of football to be played." 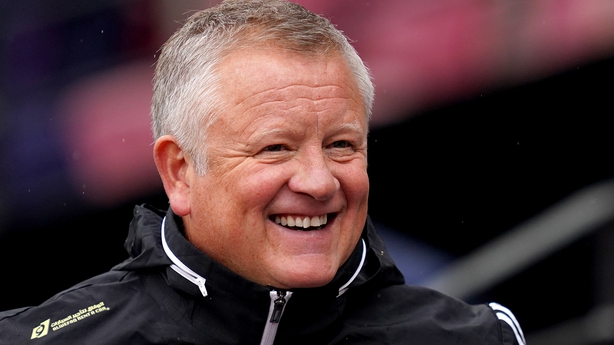 One of the matches that showed the Blades were capable of competing in the Premier League was October's 1-0 win against Arsenal at Bramall Lane.

"It was big at the time," recalled Wilder. "Regardless of what impression some have of Arsenal, it was still a world class manager at the time and world class players. It was a marker for us, when you talk about belief and experiences and learning.

"It was important. It was a big win, they are an historic and powerful top-four club in this country."

Arsenal's manager that day, Unai Emery, has since been sacked and replaced by Mikel Arteta. The Spaniard has only been in charge for five games but Wilder has already noticed improvements in the Gunners.

"It will be tougher with the bounce of a new manager," said the Blades boss. "We've looked statistically at certain aspects of their game and they've certainly upped in terms of duels and distances covered.

"Watching the games he's taken charge of, they look more structured and defensively tougher and more difficult to break down, but still have the flair players you'd expect.

"There might be a few questions about where they are in the transition, it was the same when we played Manchester United, but it's still Arsenal. It's still (Alexandre) Lacazette, (Mesut) Ozil, (Nicolas) Pepe and all the players that they've got, so it's an extremely tough proposition."