Vincent Kompany insists Pep Guardiola is the right man to bring further success to Manchester City - despite seeing his former club fall behind Liverpool in the Premier League title race.

The former City captain was honoured at the Football Writers' Association tribute night at the Savoy on Sunday evening.

In his absence, City have dropped off the pace and are currently sat 14 points adrift of runaway leaders Liverpool.

But Kompany feels Guardiola is a key figure at City and should not be dismissed after one season where they have fallen behind Jurgen Klopp's impressive Reds. 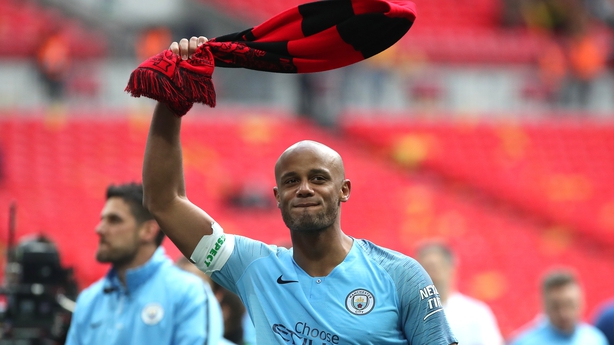 "They have Pep and no matter what, Pep is the right guy," he told Sky Sports News.

"You never say 'over' with City. It isn't in the hands of City, that is unfortunate, but there is so much to look forward to.

"When you look how they have been performing in cups and the Champions League is still a massive target for the club, there is no reason to be disappointed about the season at this stage."

Asked what advice he would offer to the current City side, Kompany added: "Stay calm.

"It is an experienced team and they don't have to prove anything to anyone.

"They have done it, they know what it takes. It isn't about one season, it is about an era, a period of time."

Asked if he could return to City one day, Kompany replied: "It is as far off my mind as you can imagine."

"It goes without saying that we miss him around the training ground," he wrote.

"But his position in City's history is as secure as that of any player from the past 125 years of the club's existence.

"To have had the opportunity to have coached him and conversed with him on many subjects was an honour.

"I wish Vincent nothing but the best for the future." 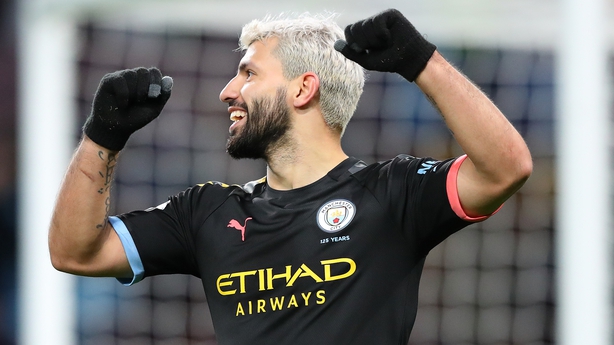 Kompany also took time to sing the praises of former City team-mate Sergio Aguero, who hit a hat-trick in a 6-1 win at Aston Villa just hours before the Belgian was honoured in central London.

The goals were enough to see Aguero become the all-time leading foreign goalscorer in the Premier League and Kompany hailed the achievements of the Argentina international - especially his title-winning goal on the last day of the 2011/12 season.

"What a legend he is," added Kompany.

"You take away the fact he has scored that many goals, I'm grateful for one goal.

"But when he scored against QPR and everyone said 'Agueroooo', you take that goal in isolation and he is always going to be a legend to me.

"He has been part of a very important core of players and no matter what happens, he will always be remembered as one guy who helped us get to the next level, such a level."