Sadio Mane has been named the 2019 Confederation of African Football's Player of the Year.

The 27-year-old helped Senegal to the final of the 2019 Africa Cup of Nations.

Mane ended the 2018-19 season by winning the Champions League at Liverpool and shared the Premier League Golden Boot award with Salah and Arsenal's Pierre-Emerick Aubameyang.

Mane, collecting the award at a ceremony in Egypt on Tuesday night, said: "Football is my job - I love it. I'm really happy and really proud at the same time to win this award.

"I would like to thank my family, especially my uncle who is here today, and my national and Liverpool team-mates, staff, everybody.

"It is a big day for me. I would love to thank all the Senegalese people. They pushed me. I'm from a very small village, Bambali, I'm sure they are all watching me on TV." 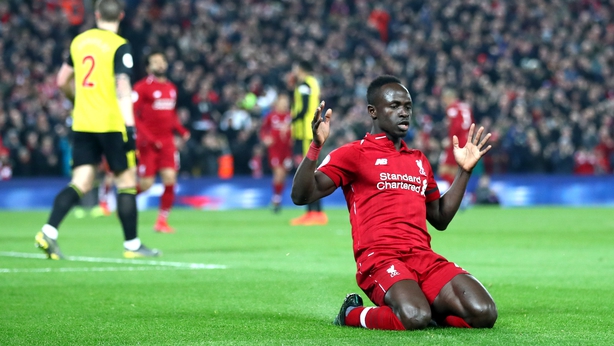 Mane finished ahead of Riyad Mahrez and Salah in a poll of national team coaches and captains, and was handed his award at the Confederation of African Football's annual gala in Hurgada, Egypt.

It is the second successive year that the top three are all from English clubs and only the third time since the award was introduced that the leading trio all play in the same league.

In 1991, the top three all came from French clubs.