Tottenham have been handed another injury blow following the news that midfielder Moussa Sissoko is set to be sidelined until April after undergoing knee surgery.

The 30-year-old France international was ruled out of the FA Cup third-round draw at Middlesbrough at the weekend and the club confirmed on Tuesday that he has since gone under the knife.

The news presents further headaches for Spurs boss Jose Mourinho, who is already without a number of key players having lost talisman Harry Kane to a hamstring tear.

Mourinho however is reluctant to throw 17-year-old Republic of Ireland attacker Troy Parrott into the fray.

"I think too soon," he said after Kane's injury when asked about the chances of Parrott coming into the side.

"Having minutes, being involved is one thing. Another thing is what you call the direct replacement (for Kane). To be that he needs to work. There are many different processes of a player to develop.

"The next step for him is to sign a new contract at the club long-term and then it is for everyone to decide what is the best for his development. In this club we care about our players. It is also to find the best pathway to develop." 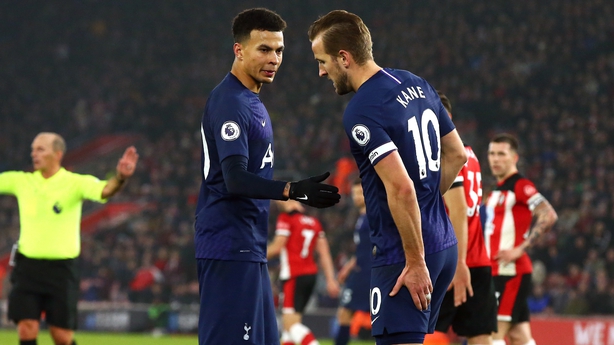 On Sissoko's injury, a Tottenham statement read: "Following a clinical assessment and scans, Moussa Sissoko has today (Tuesday) undergone surgery to the medial collateral ligament in his right knee.

"The France international sustained the injury in our fixture against Southampton, resulting in him missing our recent FA Cup tie at Middlesbrough.

"Our medical staff will monitor Moussa's recovery before he commences rehabilitation with a view to returning to training in early April."

After starting his Tottenham tenure with three successive wins, Mourinho has seen his side win the same amount of games since.

Defeats against two of his former clubs - Manchester United and Chelsea - as well as the Saints loss and a 3-1 Champions League reverse at Bayern Munich have seen the momentum of Mourinho's appointment fade.

Add to that draws at Norwich, the Premier League's bottom side, and at Sky Bet Championship side Middlesbrough in the FA Cup and Spurs are struggling for form.

That is not helped by the latest setbacks for Kane and Sissoko, with Mourinho also unable to call on captain and first-choice goalkeeper Hugo Lloris, summer signing Tanguy Ndombele and full-back pairing Danny Rose and Ben Davies.