St Mirren have raided the League of Ireland to sign Jamie McGrath from Dundalk and Conor McCarthy of Cork City.

Former Republic of Ireland Under-21 international McGrath joins the Buddies on a two-and-a-half-year deal.

McGrath was a free agent having been out of contract at Oriel Park.

The 23-year-old said: "Things started happening over the last few weeks and once I got chatting to the manager and Gus [MacPherson] I couldn't wait to get it done.

"The manager really sold the club and Sean McLoughlin who was here had nothing but good things to say.

"Jim seemed really driven and matches my ambitions as well so I can't wait to get started.

"The facilities here seem great and I'm looking forward to experiencing a match day at the stadium.

"I'm a hard-working player and like to give my all and after that it's up to the fans to decide. Hopefully I can show the fans what I can do and be a creative presence on the pitch."

"He can play a number of positions across the front area. He can play that number 10, he can play right or left, he’s technically very good and very comfortable on the ball.

"He’s been a big player for Dundalk over the last few seasons and he’s been a key member to their success of recent seasons." 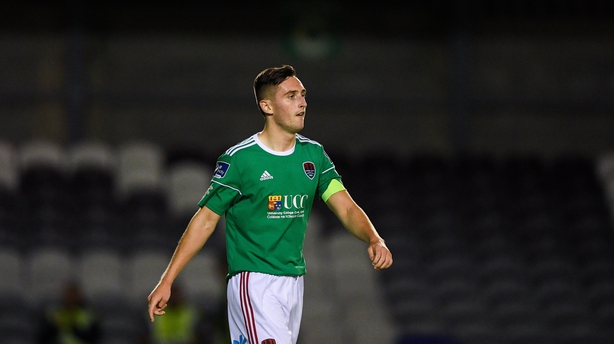 McCarthy is the other player to move to Scotland.

He became a Cork City player at underage level in 2014 and made his first team debut in 2016.

He made over 50 appearances in the last two seasons.

McCarthy stated: "I have loved my time at Cork City. Since I joined from my schoolboy club, Blarney United, I have really enjoyed representing my hometown team, and it was a particular honour to be captain last season.

"Now is the time for me to move on to the next stage of my career, but I would like to thank everyone I have worked with during my time at Cork City and wish the club the very best of luck for 2020 and beyond."

City will receive agreed undisclosed compensation as they offered the 21-year-old a contract but he opted for the move to Scotland.

He has signed a two-and-a-half-year deal.

Former City defender Seán McLoughlin spent the first half of the season on loan at Love Street from Hull City, whom he joined last summer, but he has been called back by the Championship side.

"With Sean McLoughlin going back to Hull it was a position that we had to bring in at least one.

"Conor is one that we looked at in the summer but couldn't do anything about it then. But with the Irish League finishing in November we were able to put things in motion and thankfully we have been able to agree a deal with Cork City and with Conor.