Manager Ole Gunnar Solskjaer insists Manchester United believe they are still the biggest club in the world even if they are not currently the best team in their own city.

The Red Devils have to redress the local balance first - starting with a Carabao Cup semi-final first leg at home against their neighbours - before they can even begin to think about re-establishing themselves as the top team in England, Europe and the rest of the planet.

And while the process has been inconsistent under the Norwegian, who as a former Red Devils player knew only superiority over City and the rest of the country, he is confident it will come.

"It is a different time. When the owners came in at City you knew they were going to go for it," he said.

"I'm never surprised by anything in football and with what they have done they deserve to be where they are.

"We are still in our own heads the biggest club in the world so of course we want to get back to where we were. It's going to take time.

"You have to go for it at this club, that's what we are here for, to take on the challenges that are given to us.

"We are Man United. We have been up and we've been down but we've always come back." 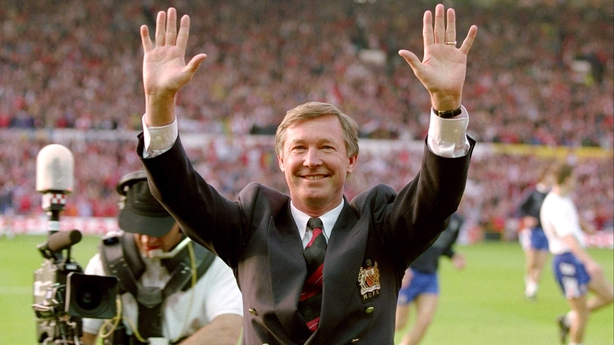 While City boss Pep Guardiola has been lauded for rewriting the coaching manual and changing the face of football, Solskjaer insists that is not a panacea for all clubs and United have to approach things differently.

"He has had a big influence and since he took over at Barcelona I have admired Pep's teams but I've worked under the most influential (Alex Ferguson)," he added.

"But for me it is great, you do see one of the best managers ever and you can see where he has taken his wisdom from.

"I had the pleasure of meeting and speaking with Johan (Cruyff) back in the day when (his son) Jordi was here and we were friends and you can see similarities."

After a 4-1 win over Newcastle on Boxing Day Solskjaer said his side could not play 'tippy-tappy' football, although he denied it was a dig at their rivals.

"That tippy-tappy comment was not aimed at them (City), I've never said that about City," he said. "It was aimed at my players. We have our own style. We need to play with pace and power.

"Traditionally Man United are a team which attacks quickly. We play forward, we run forward and you'd like to have the mix between dominating teams more and still having that penetration.

"I don't want us playing that type of football, I want us to play 'proper' football."

While he denied he was denigrating City's style the United boss has had issues with their rivals reputation for 'tactical' fouls, although he does not believe it is restricted to Guardiola's side.

"Sometimes I look at the referee and I look at our games and even if they are just little fouls there have been a few teams that have stopped us with those little fouls," he added.

"That has stopped us showing how good we are when we want to attack.

"There have been a few fouls on Dan James and I am probably best not talking about it but referees have to look at it with players of his pace as even if they knock the ball past (defenders) and get stopped in their tracks of course it is a yellow card."