Zlatan Ibrahimovic's return failed to inspire AC Milan as the fallen giants were held to a 0-0 draw at home by Sampdoria in Serie A on Monday, failing to score for the third league game in a row.

The charismatic 38-year-old Swede was brought on to a rousing reception from the San Siro crowd in the 55th minute but Milan could still not find a way past their lowly opponents.

In his previous stint at the club, Ibrahimovic helped Milan win Serie A in 2010-11, their last major trophy. He left for Paris St Germain at the end of the following season.

Milan also drew their previous home game 0-0, against Sassuolo, and Monday's result left them a miserable 12th in the Serie A standings, below Hellas Verona on goal difference.

In between, Milan were thrashed 5-0 by Atalanta, who on Monday beat Parma by the same scoreline with Josip Ilicic scoring twice to close in on the top four. 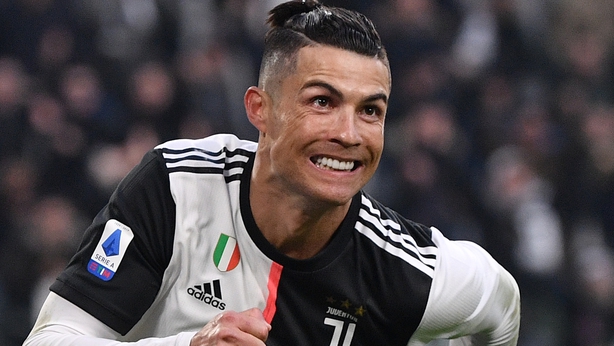 Elsewhere Cristiano Ronaldo scored a second-half hat-trick to lead Juventus to a 4-0 win at home to Cagliari, taking his tally to eight goals in his last five league games.

The Portuguese pounced on a mistake in the Cagliari defence to break the deadlock four minutes after halftime before adding the second from a penalty as he scored for the fifth league game in the row.

After setting up Gonzalo Higuain for the third in the 81st minute, he completed the rout by finishing off a counter-attack one minute later.

Ronaldo took his tally this season to 15 goals, including 13 in Serie A.

Inter Milan forward Romelu Lukaku later scored twice, the first from a run which started inside his own half, to lead his side to a 3-1 win at Napoli which kept them top of the table.

Lautaro Martinez was also on target for Inter who lead the standings on goal difference from Juventus, with both teams on 45 points. The head-to-head record will be used once the two sides have met twice.

Napoli also had chances before Lukaku put Inter ahead after 13 minutes. The Belgian, who now has 14 league goals this term, intercepted a pass just inside his own half, charged forward and scored with a shot which went in off the post.

His second in the 33rd minute came with a helping hand from Napoli goalkeeper Alex Meret, who seemed to have Lukaku's shot covered but allowed it to slip through his legs into the goal.

Napoli's Arkadiusz Milik tapped in Jose Callejon's low cross to pull one back in the 39th but, after the visitors survived heavy pressure early in the second half, Martinez pounced on a slip by Kostas Manolas to score Inter's third in the 61st.