Former England and Arsenal midfielder Paul Merson has revealed his battles with depression left him wanting to kill himself - but hopes speaking out will help others in their own mental health struggles.

The start of all of the FA Cup third-round ties will be delayed for 60 seconds to encourage people to 'Take A Minute' to consider their well-being.

The campaign is a collaboration between Public Health England's Every Mind Matters and the Football Association and Heads Together's Heads Up campaign, one which is also being supported by the Duke of Cambridge.

The midfielder was capped 21 times by England, as well as having spells at Middlesbrough and Portsmouth.
Merson's off-field battles, though, have continued to prove a struggle against alcoholism, drugs and a gambling addiction.

Writing in his Daily Star column, Merson opened up on how the situation had left him feeling at rock bottom 12 months ago.

"On Monday I'll have been sober for a year. But this time last year, I wanted to kill myself," Merson said.

"I couldn't go on any more. I just couldn't see a way out. I had the tablets in my hand. I didn't take enough to do anything but I had them there. With vodka. It was scary.

"It was only because of the kids really, and my wife, and a little bit of consciousness, that I didn't.

"Fear probably as well. I was scared to do it. When you're in that place, you don't see how it's ever going to pass. But I have the tools now. If I get into a real down situation, I know it will pass. 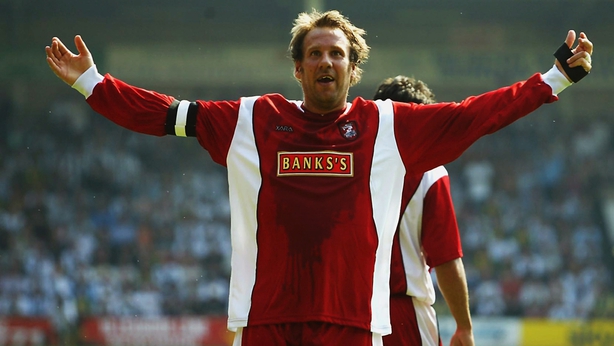 "So when I see this weekend's FA Cup games kicking off a minute later to raise awareness for mental health I will remember that time when things got dark and think: 'Thank god that's not how I feel any more.'

"I'm telling you this because I hope it helps someone. If even one person reads this and it helps them, then it will be worth it."

Merson hopes he is now able to manage his own situation with a more positive outlook.

"I don't want to kill myself any more. I don't have those thoughts. I'm not carrying the world on my shoulders. Walking around with guilt," he said.

"I'm not beating myself up, drinking and gambling all the time and asking why I'm doing this to myself.

"It's only now I know. I have an illness. I have a mental illness. I've accepted that now.

"Before, I used to beat myself up all the time, but the more you talk about it, the more it takes the power out of it."

Merson believes staying sober for the past year has helped him move forwards.

He said: "This is the best thing I've ever done. I was in bed on New Year's Eve by 9.30pm. I went to an AA (Alcoholics Anonymous) meeting, came home, watched The Sting and went to bed.

"If I have one piece of advice to give to people - talk. Nothing ever gets better if you don't talk. Once you talk to people you start seeing the light.

"I ring people up and tell them if I don't feel good. Before, I sat indoors, pulled the curtains, and I'd watch the phone ring.

"I would literally watch people ringing me trying to help me, but I wouldn't take the calls.

"It's the worst place to be, having that fear that it's never going to get better. You have to talk."