Liverpool manager Jurgen Klopp admits he has some difficult decisions to make ahead of the FA Cup Merseyside derby third round tie at home to Everton after his side incurred another injury.

Midfielder Naby Keita became the eighth player to be added to the injured list, having sustained a groin problem in the 2-0 win over Sheffield United which restored their 13-point lead at the top of the Premier League.

With defenders Joel Matip, Dejan Lovren and Nathaniel Clyne, midfielders Alex Oxlade-Chamberlain, Xherdan Shaqiri, Fabinho and forward Rhian Brewster all out, Klopp finds himself down to just 12 senior outfield players, plus new signing Takumi Minamino and a number of youth team members for the visit of their near-neighbours.

"I won't tell Carlo Ancelotti my line-up, but I will do what I think is right to do," said Klopp, who fielded a youth team in the Carabao Cup quarter-final defeat at Aston Villa last month as his senior side were in Qatar winning the Club World Cup.

"Some things I can decide by myself, and some things the medical department will tell me.

"I'm pretty sure Carlo won't make a lot of changes. He has started already really well and this is an opportunity for Everton to win at Anfield for the first time in a few years. It's another big chance they see.

"We will have fresh legs and what we need is support. They played Wednesday and we played Thursday, the only advantage we have is Anfield.

"So we need support from the first second. It was a tough game (against Sheffield United) and we have to make sure we make the right decisions."

The loss of Keita is a blow for Klopp as it reduces his options for a midfield which has already carried a heavy workload over 33 games already this season. 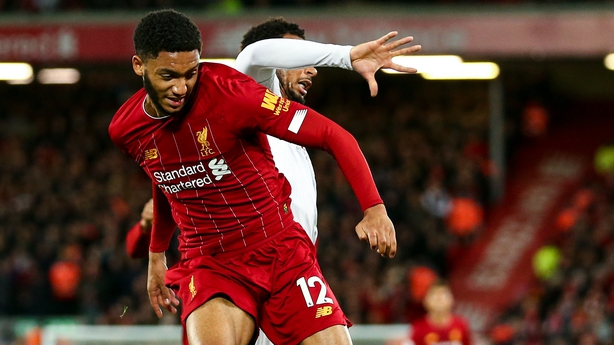 "I don't know exactly what he has, it was his groin, but I can say he won't be involved against Everton," added Klopp.

"That makes it 12 senior players we have, plus the kids. That's not cool.

"I have no clue how it happened, I think it was the last shot during the warm-up, he came in limping.

"Everybody who has played football has had this kind of injury, it's not nice. It's painful.

"I don't know how long it will take, but he won't be ready for Sunday."

Liverpool were grateful, therefore, that an early goal from Mohamed Salah and one from Sadio Mane midway through the second half meant they did not have to over-exert themselves against Sheffield United.

In trying to manage the game they racked up the most passes - 874 - they have ever made in a Premier League match, and Blades boss Chris Wilder admits his side uncharacteristically did little to affect the course of the game.

"From our point of view I was disappointed because I didn't think we laid a glove on them. I think the scoreline flattered us," he said.

"I thought Dean Henderson (the goalkeeper) was the difference between it being three, four or five.

"When you come here you have to try to get a foothold in the game and we couldn't have got off to a worst start."