Chris Barker has been described as an "inspiration", "loyal" and an "absolute gentleman" as tributes pour in for the former Cardiff and Barnsley defender, who has died at the age of 39.

Sheffield-born Barker also represented the likes of Southend, QPR, Plymouth and Aldershot during a playing career that began in 1999 and spanned almost two decades.

Barker moved into coaching towards the end of his playing days, including spending a brief spell as Aldershot's caretaker manager in the 2014-15 season, and since 2017 he had been the under-18s manager at Forest Green Rovers.

The Sky Bet League Two club confirmed his death in a statement on Thursday.

"We're all heartbroken to hear this news, which came as a shock to everybody.  Our immediate thoughts are with his family and friends," said Hannah Dingley, head of academy at Forest Green.

"Barks was a strong, inspirational leader to our under 18s and a much loved colleague. We'll be offering help and support to those at the club affected by the tragic news - particularly our young players, and ask that Chris' family get some privacy at this challenging time." 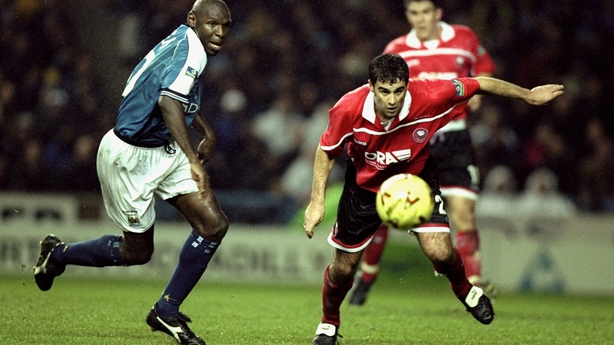 A South Wales Police statement read: "Police can confirm the sudden death of a 39 year-old man who was discovered at his home address in the Cyncoed area of Cardiff at approximately 2pm on New Year's Day.

"His death is not being treated as suspicious and the Coroner has been informed."

Barker made 180 appearances for Cardiff during a five-year spell after joining from Barnsley in 2002 and helped them to promotion to the Championship a year later.

He also had loan spells at Stoke and Colchester before continuing a playing career that finished in 2017 following player-coach stints with non-league clubs Hereford and Weston-super-Mare.

Barker's brother Richard is assistant manager at Rotherham and a statement released by the League One club said: "Rotherham United were deeply shocked and saddened to learn of the news of the passing of Chris Barker, brother of our assistant manager Richard.

"We offer our deepest condolences to the family and friends of the Barker family whilst reaffirming that the thoughts of everyone at the football club, and indeed the town, are with Richard at this incredibly difficult time.

"On behalf of his family, we would politely request that they are afforded their privacy during this time."

Tributes have been paid to Barker from the English Football League and Professional Footballers' Association, along with a host of his former clubs and colleagues.

Charlton and Wales midfielder Joe Ledley wrote on Twitter: "Devastating news to hear the loss of Chris Barker my thoughts are with his family and friends, One of the most down to earth guys I've met. Will be truly missed. Rest In Peace barks."

Brighton defender Adam Webster wrote: "RIP Chris Barker. A former team mate of mine and someone who helped me grow up on and off the pitch @OfficialShots thoughts and prayers go out to his family. RIP barks."

Former Cardiff defender Darren Purse added on social media: "Waking up this morning to the terrible news that Chris Barker is no longer with us. A very hard working, loyal and trustworthy man who will be sadly missed. Rest well Barks."

"It is with great sadness that we learn of the untimely and tragic passing at the age of 39 of Chris Barker," World In Motion tweeted.

"Chris was a client throughout his outstanding playing career of over 500 League games for clubs including Barnsley, Cardiff City, Queens Park Rangers and Plymouth Argyle.

"Moreover, Chris was a wonderful person, an absolute gentleman and a pleasure to work for."