Republic of Ireland international Jonny Hayes is back in the Celtic squad for the Ladbrokes Premiership clash with Rangers at Parkhead on Sunday.

The versatile wide man missed the St Stephen's Day win against St Mirren due to a shoulder injury but he's back in contention.

Rangers will be at almost full strength for the Old Firm clash at Celtic Park.

Midfielder Steven Davis made his return from a foot injury against Kilmarnock as a late substitute while Jordan Jones was back on the bench after recovering from the knee injury he sustained against the Hoops back in September.

Meanwhile Lennon has said it is a joy to be Celtic manager as they prepare to face their bitter rivals.

The Hoops are five points ahead of Rangers at the top of the table albeit having played a game more.

But the treble treble winners beat the Light Blues 1-0 in the Betfred Cup final at Hampden Park earlier in the month and won 2-0 in their league encounter at Ibrox in September. 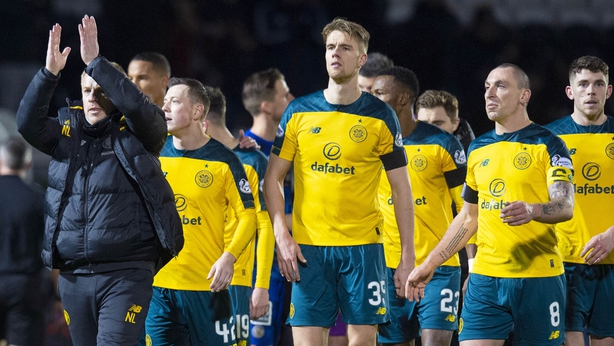 Lennon's side have won all 10 home league games this season and 11 in a row in the league, while qualifying for the last-32 of the Europa League, and their relentlessly good form leads him to believe they are playing as well as at any time during his two spells as boss.

The Northern Irishman said: "They are a brilliant bunch. It's not been ideal to have a few important players out through injury and we have had to rejig things a little bit, but now slowly but surely we get a full complement of players back at a really good time.

"Probably for some of them a bit too late because we are going into the break. But for this game it is great to have a really strong squad

"We keep the training sharp, keep it intense, the fitness levels are good and they look after themselves really well.

"And their mentality is absolutely excellent. They play the game - and it is a difficult thing to do - the way people will perceive the proper way. Great pace in the team, players who excite you, three players at least in double figures already the season which is a great return.

"The midfield been really strong, all season, the two centre-halves have a great partnership.

"We've got a great goalkeeper and players you can score at any time from any position, so it's a sum of all parts and it's a joy for me to be in this position at the minute."