Manchester United manager Ole Gunnar Solskjaer said he was delighted with his young trio of strikers in the 4-1 Premier League home win over Newcastle United, but needs to manage their workload as they develop.

Anthony Martial netted a brace while Marcus Rashford and Mason Greenwood scored before halftime as the hosts recovered from conceding an early goal to seal a comfortable win that lifted them to seventh with 28 points.

Solskjaer took off 24-year-old Martial in the second half, denying him the chance to become the club's first Premier League hat-trick scorer since 2013, but the Norwegian said he did not want to risk an injury ahead of Saturday's game with Burnley.

"He's getting fit and is playing more games. We have another match in 48 hours and I can't risk the forwards," Solskjaer, who also substituted Rashford, told a news conference. 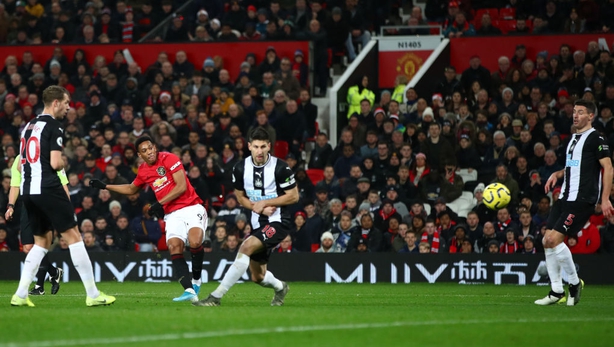 "We don't have too many of them. It was an easy decision to take Anthony and Marcus off to get them ready for Burnley."

While Martial netted his ninth goal of an injury-hit season, the 22-year-old Rashford took his overall tally to 15 with a towering header - making it his best return in a campaign.

"Marcus is a physical specimen. He is looking after himself and working hard in the gym. He's got that spring and has worked on it. It's about courage and getting up there," Solskjaer said. 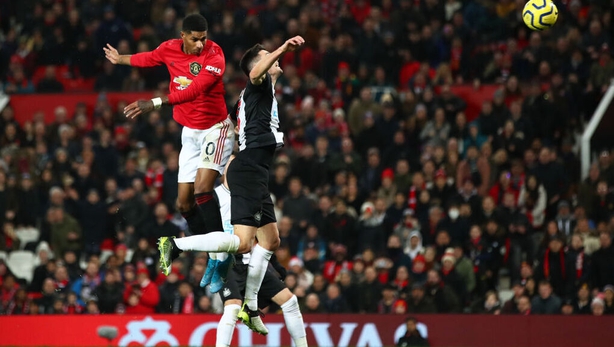 "I remember a boy I used to play with who could head it well when he was close to goal. We compare him to Cristiano (Ronaldo) often, it's one of those where it can be another string to his bow because Cristiano had it when he was getting to that age."

Solskjaer also had special praise for 18-year-old Greenwood, who has eased the burden on Rashford's shoulders with nine goals in all competitions.

"Mason can hit it with both feet and he's an exceptional finisher ... we're not going to see the best of Mason for a couple of years," Solskjaer said.

"I can remember when I was 18 and I wasn't anywhere near playing at the level he is." 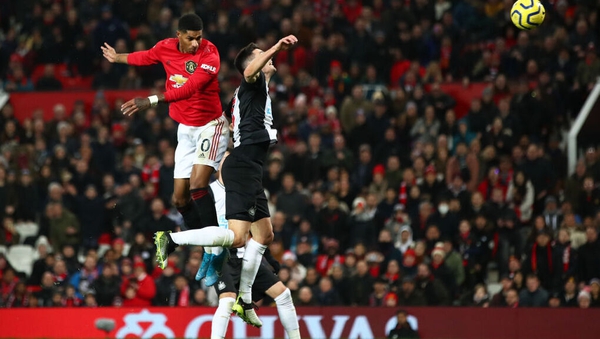