Freddie Ljungberg will remain a part of the backroom staff at Arsenal following Mikel Arteta's appointment as head coach.

The 42-year-old Swede had taken charge of the Gunners on an interim basis following the sacking of Unai Emery last month but appeared to be in limbo as the club named Arteta as their new boss on Friday.

Arteta, who rejoins the club where he ended his playing career, has no managerial experience and his first game at the helm will come in the St Stephen's Day clash away to Bournemouth.

He has yet to confirm his full coaching team but, with former Manchester United assistant Steve Round on board, Arteta revealed Ljungberg will also take up a position after the pair discussed a potential role over the weekend. 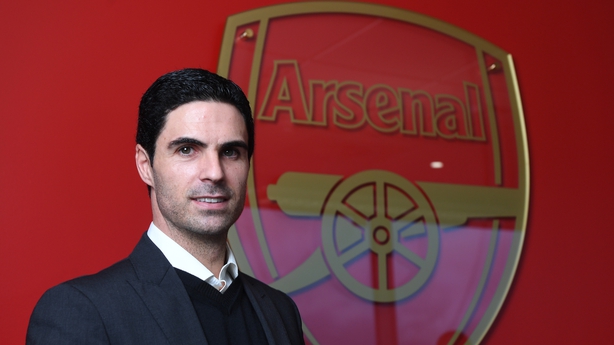 "I spoke to Freddie after the (Everton) game," he said. "I told him my idea and the people I wanted to bring to form my coaching staff, their roles and responsibilities of each of them.

"I think he knows the players, he knows the situation, he knows the history of where we're coming from and also his knowledge of the game is going to really help us to be better."

Round, who was a coach at Everton during Arteta's playing days at Goodison Park, was in the stands as Arsenal drew 0-0 with the Toffees as Ljungberg oversaw the fixture.

"Mikel called me in the week and asked me if I would join his staff and I jumped at the chance straight away," Round told talkSPORT.

"It's a great opportunity at a magnificent football club and just having brief conversations with Mikel I think he's going to be a really, really top manager.

"It's a bold decision because he's young and it's his first time, but having spoken to him he sounds to me like a really experienced guy already.

"I had the privilege of coaching him as a player at Everton and he was an outstanding professional and it's great to be back."

Arteta is expected to add to his staff in the coming days as he looks to address a run of form which has seen Arsenal win just one of their last 13 games in all competitions.