Raul Jimenez grabbed a late winner as Wolves struck twice in the second half to come from behind and secure a 2-1 victory over struggling Norwich at Carrow Road.

The Canaries started the game strongly and looked to be building on their draw at Leicester last week when Todd Cantwell broke the deadlock in the 17th minute to give his side the lead.

The home side were dominant throughout the first half and could have doubled their lead, with Teemu Pukki forcing Wolves goalkeeper Rui Patricio into two diving saves.

However, in the second half, it was a different story, as Romain Saiss nodded home the equaliser from a Joao Moutinho cross in the 60th minute.

Following the leveller, Wolves kept looking for the deciding goal to take all three points and were rewarded for their pressure when Jimenez struck the winner in the 81st minute.

The result leaves Norwich without a home win since their shock victory over Manchester City in September, while Wolves bounced back from a narrow defeat to Tottenham the previous weekend to record their sixth win of the season. 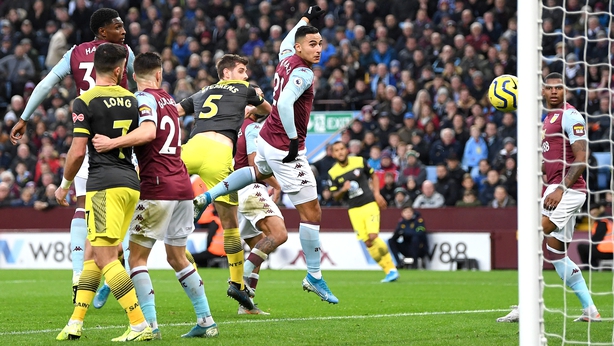 Danny Ings continued his red-hot form as he fired Southampton to a vital victory against Aston Villa.

The forward's brace inspired a 3-1 win which lifted the Saints out of the drop zone and plunged Villa into it.

Ings now has 12 goals in his last 13 outings and cashed in again against the wretched hosts at Villa Park.

Jack Stephens also netted in the first half to give Ralph Hasenhuttl's side a deserved third win in five games, despite Jack Grealish's excellent late strike.

Villa also lost John McGinn to an ankle injury at the start of a pivotal seven days which sees them now face Norwich and Watford - the two teams below them.

They have won just once in their last nine top-flight outings, losing the last four, and now trail Southampton by three points. 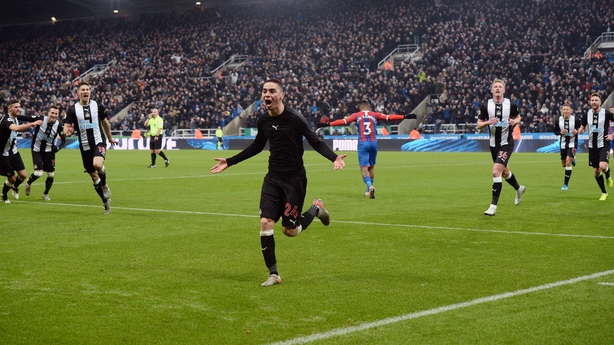 Miguel Almiron finally opened his Newcastle account with a precious winner as Newcastle ground their way past Crystal Palace.

The Paraguay international, a £21m January signing from Atlanta, marked his 27th appearance for the club with his first goal, an 83rd-minute close-range strike which proved enough to claim a 1-0 victory.

Manager Steve Bruce, who had repeatedly backed the striker during his barren run, celebrated wildly on the touchline as a crowd of 45,453 acclaimed the beaming South American.

Almiron's strike could hardly have been more timely on an afternoon when his side had faded following a promising start and had to rely upon keeper Martin Dubravka to deny Wilfried Zaha, James McArthur and Christian Benteke before his intervention. 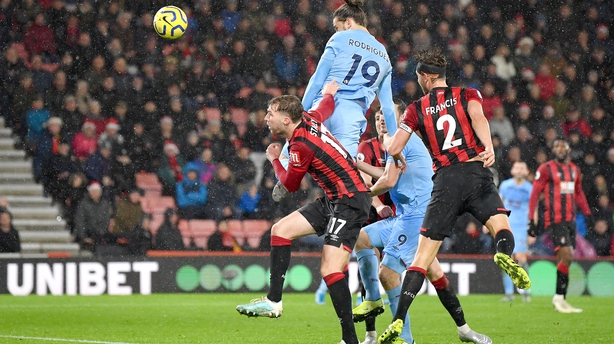 Jay Rodriguez scored a dramatic late winner as Burnley snatched a 1-0 win from a bad-tempered encounter against Bournemouth at the Vitality Stadium.

Substitute Rodriguez broke the deadlock in the 89th minute with the game's first attempt on target, scruffily converting into the bottom right corner with his chest following Ashley Westwood's cross.

A dismal contest on a rain-soaked day was littered with second-half bookings and looked set to end in stalemate before the hosts were cruelly condemned to a third successive home defeat.

Clarets striker Ashley Barnes and Cherries midfielder Phillip Billing were each fortunate to escape red cards as the match remarkably finished with 11 players on each side.

VAR opted not to intervene when Billing swung an arm at Barnes midway through the second period, while the Burnley man had avoided punishment in the early stages after a reckless high challenge on Simon Francis.

Injury-ravaged Bournemouth remain in 14th position and four points clear of the relegation zone, while Burnley climbed to 10th and are five points better off.