The four remaining English teams in this season's Champions League were dealt a tricky round of 16 draw today with both Liverpool and Manchester City given Madrid assignments.

Liverpool have been drawn to play Atletico Madrid, while Manchester City, also seeded after reaching the knockout phase as Group C winners, were pitted against Spanish giants Real Madrid.

Holders Liverpool will play the first leg away in Madrid before welcoming Atletico to Anfield for the return leg.

2010 - Liverpool's only previous knockout stage meeting with Atletico Madrid came in the 2009-10 Europa League semi-final, with the Reds being eliminated on away goals (0-1 away, 2-1 at home). Forlan. #UCLdraw pic.twitter.com/F016HidN4y

City’s reward for qualifying for the knockout stages is a date with Zinedine Zidane’s Real Madrid, with the Premier League side enjoying home advantage for the second leg.

Italian club Atalanta, who qualified for the competition for the first time, will take on Valencia. 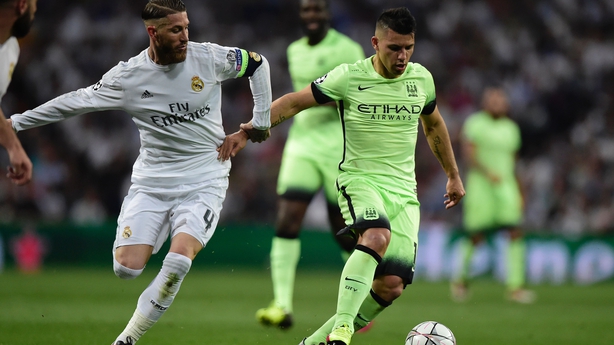 "It's always a pleasure to play against Real Madrid, and also to play in a big stadium like the Santiago Bernabeu," he said.

"We're happy to go there, of course, and we know what we are going to face, we know them very well.

"Also, of course, they know us and what we're doing and our manager and our team. Everybody knows each other, but it's a real pleasure to go there."

"The manager has won the Champions League and his experience will rub off on the players," he told BT Sport.

"They (Leipzig) are a good side, play with a lot of pace and intensity,"

"It will be a good game. Going to Germany is tough. It is one we won't be taking lightly. It will be a tough task, but I am quietly confident we can get through."