Liverpool are confident of securing a bargain deal for Red Bull Salzburg playmaker Takumi Minamino after opening talks with the Austrian club.

The Japan international impressed in two matches against Jurgen Klopp's side in the Champions League, most recently in Tuesday's encounter which the Reds won 2-0 in Austria to relegate the hosts to the Europa League.

Minamino is understood to have a release clause of just €8.6m and it us understood Liverpool accelerated their pursuit after learning of interest from Premier League rivals Manchester United and a number of Bundesliga and Serie A clubs.

Sources believe it would be an "outstanding" deal as Minamino's current market value is at least three times the value of his buy-out clause.

It is understood sporting director Michael Edwards, who has masterminded a number of brilliant transfers to assemble a squad which won the Champions League in June and are currently eight points top of the Premier League, discovered the existence of the release clause and activated it in order to steal a march on United.

"I can confirm that there are currently discussions with Liverpool. It is an honour to see which clubs are interested in our players," sporting director Christoph Freund told Salzburg's Twitter account.

"It's always the same, we don't speak about it, we're pretty much always ready," he said. Minamino has scored nine times across 22 appearances this season. 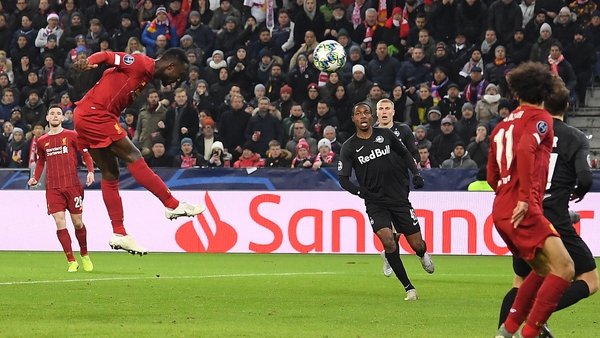