Former FAI treasurer and general secretary Brendan Menton believes intervention from the government, FIFA and further support from UEFA is necessary to keep the FAI a going concern.

Revelations by the Association last week showed current net liabilities of €55.2m, with Menton expected that figure will rise, particularly when the 2019 accounts are revealed.

He also feels grants and staff will suffer, as strongly hinted at by the FAI, having told their employees there would be "consequences" for the dire situation the organisation is in.

The association are due to attend the Joint Committee on Transport, Tourism and Sport, along with Sport Ireland and the Minister for Sport Shane Ross, this Wednesday at 1.30pm.

Menton also expects that the restructure will be a long-term agreement that will see bank debt jump significantly.

Speaking on Today with Sean O'Rourke, he said: "There is a statement in the auditor's report in the financial statements saying the association made further significant losses in 2019. The losses in 2018 were €9m. So are we talking another €9m or €10m?

"If you are going to cut back, you can't cut back on interest payments.

"The bank debt is €28.2m. I think if there is any chance of survival the FAI will have to significantly increase the bank debt and push it out into the longer term. If it can be solved, this isn’t going to take 15 years. It will be 20, 25 years.

"Total grants and subventions to the FAI are €6.2m. That includes grants from UEFA and FIFA, most of which is for development purposes.

"On top of that the technical department of the FAI earned €6.7m in 2018. If you add it up there is a very substantial sum of money available for the development of football in Ireland and that should be ringfenced." 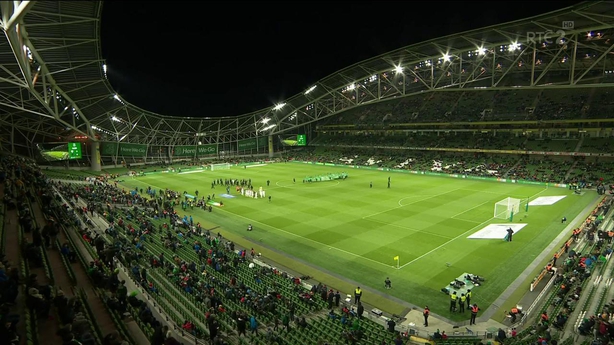 The process of appointing independent directors, and a new CEO, has stalled, with potential candidates seemingly put off by what has come to light in recent weeks.

He thinks the crisis has been too drawn out.

"The nub of the current issue is there seems to be some reluctance from the independent directors to come on board given the KOSI Report.

"That is not going to be improved by the financial statements. We’re nine months into this crisis, six months into the government review report.

"Other than uncovering the problem, there has been very little progress.

"The FAI have stated they have, or are preparing, a business plan to say how they are going to manage this. I think they need to involve all stakeholders in this.

"I don’t think they have the capacity to do this themselves. Doing it before (the appointment) of independent directors and the new CEO, I’d question that as well. They need to come out and say what the business plan is.

"They need to put the business plan in the public domain and show they can achieve solvency. I have my doubts (they can). It’s all speculation until they publish the plan. I think they will need ongoing support from FIFA, UEFA and government intervention."

The future of the game in Ireland is at stake, along with the brand of the FAI, but Menton has offered a reminder to clubs that they will individually survive, having been given little under Association rule prior to this crisis.

He said: "I would hope if we get the independent chairman and directors on board that they can provide the leadership to the association and restore the brand. At base level, football is strong.

"Football will survive and prosper, because the clubs are the strength. The clubs are not dependent on the FAI. There is a little bit of grants, €3.4m, to clubs and leagues. That will go.

"But 99% of the development of facilities in this country is done by community involvement, fundraising and sports capital grants. The FAI contribution is actually quite small. The message is keep calm and carry on."