Everton have sacked manager Marco Silva after a run of eight defeats in 11 matches left the club in the Premier League's bottom three.

The Portuguese has overseen a period of steady decline since early September and falling into the relegation zone after a humiliating 5-2 defeat in the Merseyside derby at Anfield proved the final straw for majority shareholder Farhad Moshiri and the club's board.

Duncan Ferguson has taken temporary charge of the Toffees and will oversee Saturday's clash against Chelsea.

A statement from the club read: "Everton Football Club can confirm that manager Marco Silva has left the club.

"Majority shareholder Farhad Moshiri, chairman Bill Kenwright and the board of directors would like to thank Marco for his service over the last 18 months and wish him well for the future.

"Duncan Ferguson has taken temporary charge of the first team and will manage the side for the game against Chelsea on Saturday.

"The club aims to confirm a new permanent manager as swiftly as possible." 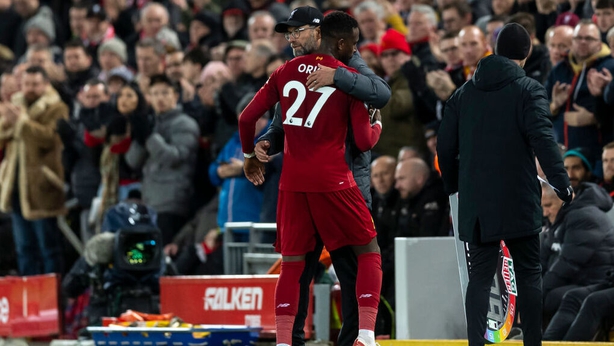 Having finished last season - Silva's first with the club - with a run of 17 points from a possible 24 and a summer spend of almost £120million, there was an expectation the team would kick on from their eighth-placed finish and challenge the established top six.

That did not materialise and while Silva has been unlucky with injuries, losing summer signing Jean-Philippe Gbamin after just two matches and then seeing midfielder Andre Gomes' season ended by a dislocated ankle fracture, his team selections have been muddled and confusing.

In early December, he still did not know his best XI and scoring just 16 goals in 15 league matches point to an underlying problem which has not been addressed in the last three transfer windows, although much of the blame for failure in recruitment lies at the door of director of football Marcel Brands.

The £27m summer acquisition of 19-year-old Juventus forward Moise Kean was supposed to be a solution to their problems up front but he has made just two league starts and has yet to score in 13 matches in all competitions.

At the back they have also been shaky as, having failed to replace last season's best defender Kurt Zouma - on loan from Chelsea - Silva has tinkered with different partnerships and formations and as a result they have had just two clean sheets in the league.

There is also a frailty within the team, having won none of 27 Premier League matches under Silva in which they have gone behind.

Of Everton's six wins this season half have come in the Carabao Cup, reaching the quarter-finals with a forthcoming tie at home to Leicester.

However, even the lure of potentially challenging for a first trophy since 1995 was not enough to save the Portuguese with their Premier League future coming under increasing threat.

The Toffees have spent spent just four seasons outside of the top flight in their 132-year history and have been an ever-present since 1954.