Robbie Brady's consolation goal against Manchester City ended the Dubliner's wait of two years and five days to get on the scoresheet in the Premier League.

The Republic of Ireland international bent a beauty past Asmir Begovic to earn Burnley a 2-1 win at Bournemouth back in November 2017.

Brady suffered a bad injury in their game against Leicester City, which ended his campaign. The Clarets went on to finish seventh.

This season they've found the going a little tougher, though they are still 11th in the table - level on points with Manchester United.

Brady's involvement has again been curtailed by injury - a troublesome rib has limited his minutes for club and country - but he's slowly working his way back to full fitness.

Last night he came off the bench to slot home a nice finish following an assist from Jeff Hendrick.

City still ran out 4-1 winners, but it was an important moment for Brady.

"It's been difficult, so it’s a little bit of relief to get off the mark and hopefully I can add a few more before the end of the season," he told the Burnley club website.

"I’m working hard and giving it my all every day in training and like the rest of the lads we’re working hard to get a shirt come the weekend. 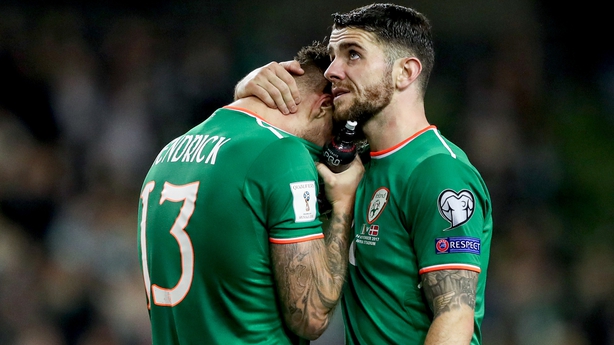 Brady did not feature in last month's 1-1 draw against Denmark that consigned Ireland to a play-off semi-final date with Slovakia in March.

He got a runout against New Zealand in the preceding friendly match and will hope to tune himself up for the spring's huge showdown. For now, his focus is solely on Burnley.

"It's a key stage in the season. We’ve picked up some valuable points already. It’s been disappointing in the last two, but we’ve got a busy period coming up and we need to get together and stick to our guns and get some points over the Christmas period.

"I thought we worked hard but their class showed at times and there were some good finishes.

"We have to learn from nights like this but not dwell on it too long because we have another big one coming up at the weekend (against Spurs).

"We'll get ourselves together and go again."