Jose Mourinho says his time at Manchester United is "a closed chapter" and is only interested in beating them.

Mourinho's Tottenham meet United on Wednesday looking for a fourth straight win under the Portuguese.

It is the manager's first return to the touchline at Old Trafford since his sacking last December.

"This is a closed chapter for me," he said.

"Honestly, United for me is in my book of experiences, it's in my history book." 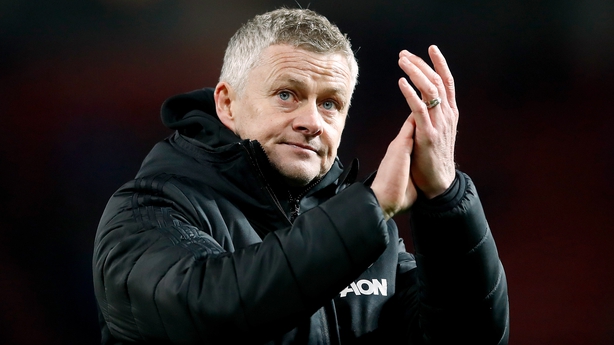 United are struggling under Mourinho's successor Ole Gunnar Solskjaer but go into the game just two points behind fifth-placed Spurs.

Mourinho added: "It is not for me to analyse United now. I analyse them as an opponent, how they play. How can we beat them? How can they beat us? For me that is the important thing."

Mourinho is excited about the prospect of returning to Old Trafford.

"I have a great relationship with the Manchester United supporters. I went back as a pundit and I was humbled by such a beautiful reception.

"Tomorrow I go back as the coach of the team that will try and beat Manchester United.

"I understand that what they want is the exact opposite of what I want. Of course during the match I expect them to forget me."

Reports this week had claimed Spurs midfielder Christian Eriksen had refused to sign a new deal with the club, while there has been speculation over the futures of Belgian defenders Toby Alderweireld and Jan Vertonghen.

Mourinho said: "I'm not going to discuss these individual things. If I tell you that I didn't speak with Mr (Daniel) Levy about Eriksen, Alderweireld and Vertonghen, I would be lying. So, yes I'm speaking with Mr Levy about it.

"At the same time, I speak also with the players, with all of them. We speak and try to understand every detail but it's not something I'm going to discuss.

"The important thing, really, is (they are) great professionals, big relationship with Tottenham, amazing understanding of what the club is and what we need from them.

"And that's the most important thing now because we're in three competitions. And these boys are great players and Tottenham people. I trust them."