The Football Association of Ireland has been plunged into further crisis today with the news that John Foley, who was due to take over as interim CEO of the FAI this morning, has chosen not to take up his appointment.

Mr. Foley, a former Chief Executive of Athletics Ireland, had agreed to take over from Noel Mooney, whose period at the helm of the FAI ended at the weekend.

Foley was expected to address staff at Abbotstown this morning but at the 11th hour decided against taking up a role at the troubled organisation, which has been embroiled in controversy since news emerged of a €100,000 loan given to the Association by its then CEO John Delaney.

Foley told RTÉ Sport that he had been willing to bring his experience to the Association as interim chief while a permanent CEO was recruited but ultimately believed that support for his appointment across key stakeholders was not at the level required for him to succeed.

In a statement, Foley said: "I was approached by the FAI and was pleased to consider bringing my experience in business and sport to the Association for a short period as Interim CEO while a permanent CEO is being recruited.

"I had a number of meetings and discussions with FAI representatives over the past number of weeks and was happy to help the organisation face the challenges ahead.

"I believe there will be a need for leadership particularly for the staff in what will be a challenging time for all. The most critical issues for the Association over the coming months will be strong leadership, organisational change and financial stability.

"I also know that the FAI has a wide range of key stakeholders who contribute to the running of the game and the financial well-being of the Association and that the full,support of these stakeholders is vital.

"Ultimately, it was not clear that the support for my appointment across key stakeholders was at the level required for me to succeed on delivering on the huge challenges to be faced by the Association in the coming months.

"Therefore I have decided no to take up the role of Interim CEO. I wish the staff, board, volunteers and players at all levels every best wish for the future." 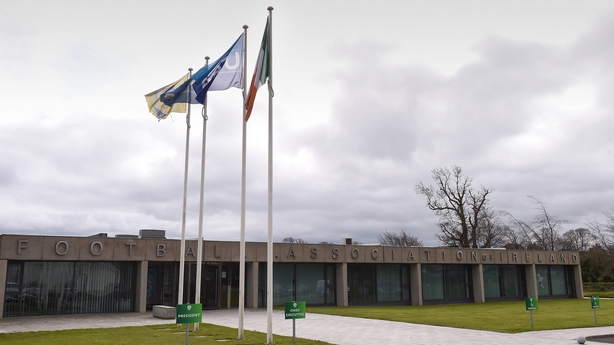 The board of the FAI said it "notes with great regret John Foley's decision not to accept the role of Interim CEO" and that it would meet to discuss a course of action.

The FAI added that "throughout our dealings with John, his suitability for the role was beyond question and the level of professionalism and clarity he could bring to the Association would have been invaluable."

Minister for Sport Shane Ross has consistently called for complete regime change at the FAI and was against Noel Mooney extending his period of secondment from his employer UEFA.

The Minister also objected to the re election of FAI President Donal Conway, who has been a member of the FAI Board since 2004.

The appointment of Foley was intended as an attempt to build bridges with the government. Foley, who last year took up a six-month caretaker role with Cycling Ireland, was known to have the backing of Sport Ireland CEO John Treacy and Chairman Kieran Mulvey.

He is no stranger to Irish football having been a member of the League Of Ireland National Executive since 2007 when he was nominated by John Delaney as one of two independent directors.

This will come as another blow to the beleaguered Association, whose financial accounts for 2018 are due to be circulated 21 days in advance of the deferred 2019 AGM.

Those accounts should indicate the level of financial settlement made to the former CEO John Delaney, who resigned from the FAI following an extended period of gardening leave.

This is a crucial period in the administration of Irish football with government funding frozen over concerns around corporate governance.