Liverpool have aired a desire to host GAA matches at an expanded Anfield after unveiling plans to increase the size of their Anfield Road stand by adding 7,000 seats to take the ground's capacity up to 61,000.

The Merseysiders want to explore the possibility of gaining permanent permission to hold concerts and other major events at the famous stadium, and sporting events outside soccer - including Gaelic games and American football.

Existing planning permission, which had proposed an increase of 4,800, has been allowed to lapse and a new, larger proposal looks set to be formally submitted next spring after two phases of public consultation, the first of which has just begun.

It is understood the scheme will cost in the region of £60m and, unlike the Main Stand refurbishment which was paid for through a £115m loan secured by owners Fenway Sports Group, the money for this project will come from refinancing at a local level.

There is no timescale as yet for the completion of the new stand, which will have small hospitality capacity, with the majority of seats outlined for general admission tickets, and no further development is being considered at this time.

The new plans are on the footprint of the old planning application but a redesign has allowed an increased capacity. The work will mean the partial closure of Anfield Road outside the stadium. 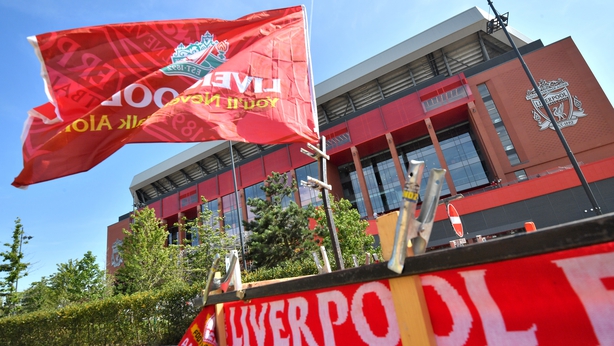 "We are looking at an extra 7,000 seats in the Anfield Road, the old planning application was for 4,800," Liverpool's chief operating officer Andy Hughes said.

"They are draft numbers at this stage and there is still a lot of work to do but it would take overall capacity of Anfield up to 61,000. We are currently just over 54,000.

"There is a limited amount of room behind Anfield Road at the moment so there is a short section of road which we will need to close.

"The overall footprint of the build and the overall height is very similar to the the original planning application and that also included a partial closure of Anfield Road.

"There is a limited amount of space if you look at the constraints of the site and the Anfield stadium itself and we have spent a long period of time trying to figure out the best design and how we could get more capacity into the stand.

"I'm not saying it is exactly 61,000 but it is there or thereabouts and it is hard to see where it will go much further than that."

Hughes added: "The plans for the proposed Anfield Road Stand expansion include exploring the opportunity for permanent permission to hold concerts and other major events at Anfield, including other sporting events such as Gaelic games and American football outside of the matchday calendar."

The GAA have said they have no plans to host matches at Anfield, which has a 101-metre long pitch, considerably shorter than the 130 metres minimum required for Gaelic football or hurling.

However the Super 11s hurling format has been played at Fenway Park, the home of the Boston Red Sox, who share an owner - FSG - with Liverpool.