Jurgen Klopp's men head to Austria for their final Group E match next month knowing a defeat is likely to see them dumped out, and Haaland - one of the rising stars of European football - is a player the Reds will need to watch closely.

So what could be next for the in-form, 19-year-old Norwegian striker?

Haaland's late goal against Genk on Wednesday earned him a slice of history as the first teenager to score in five consecutive Champions League (or European Cup) matches.

His total of eight goals in those games - including an earlier hat-trick against the Belgian champions, three overall against Napoli and one versus Liverpool - also takes him past Harry Kane and Diego Costa, who both managed seven goals in their first five appearances in the competition.

They are not the only star names he finds himself keeping company with, having matched Alessandro Del Piero, Sergei Rebrov, Neymar, Cristiano Ronaldo and Robert Lewandowski by scoring in the first five games of a group stage.

Overall he has netted 27 times in 19 games for Salzburg, with five hat-tricks. 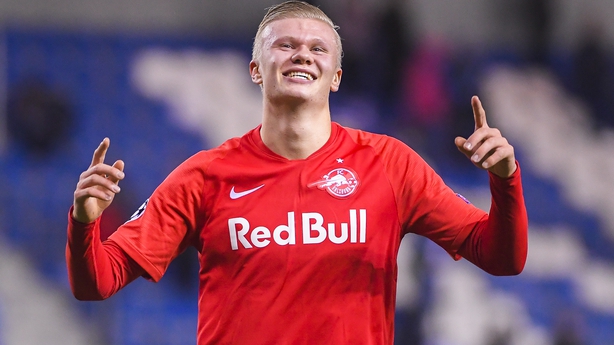 Haaland's father is well known to English fans, with Alf-Inge Haaland a popular player at Leeds and Manchester City.

Haaland Sr arrived in England with Nottingham Forest in 1993 and made over 200 appearances in English football. He became a cult figure at Elland Road, but many fans may remember him best for his running feud with Roy Keane.

Having been born in Leeds, Haaland was theoretically eligible for the Three Lions. But his heart has always been with Norway, for whom he has a virtual full house of age group caps.

He courted the spotlight by scoring nine times in a 12-0 rout of Honduras in this year's Under-20 World Cup and followed his dad's footsteps by representing the senior team in Euro 2020 qualifiers against Malta and Sweden in September. 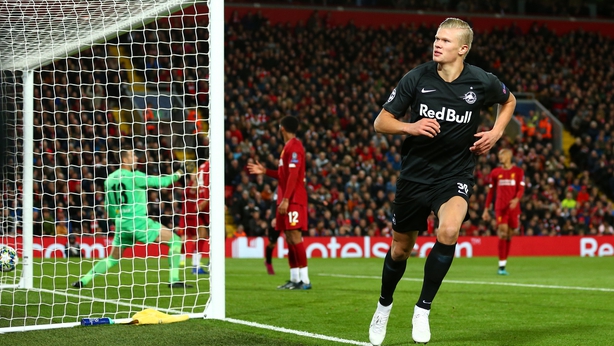 Given his prolific campaign it is no surprise to see Haaland linked with a major move, and no shock either to see perennial big spenders Manchester City and Manchester United linked due to a mooted price tag of £75million.

United are perhaps in greater need of a striker that manager Ole Gunnar Solskjaer knows well from their time together at Molde.

Alf-Inge will surely provide wise counsel about any future destinations, and there have been suggestions he would favour the Bundesliga.

Salzburg have denied there is any cut-price arrangement that would allow RB Leipzig to land a bargain but the shared ownership of two clubs is an intriguing wrinkle.

Dubbing anyone as the heir to Zlatan Ibrahimovic is to saddle them with huge expectations not only on the pitch, but in front of the microphone too.

Haaland's physical stature makes it an easy comparison to reach for and the player made no attempt to detach himself from the comparison, describing the Swede as an inspiration and stating that he deserved a Scandinavian successor.

There is a long way to go if Haaland is to truly match up, but all the early signs are good.