The draw for the Euro 2020 play-off takes place in Switzerland this morning from 11am and will be broadcast live on the News Now channel or on the RTÉ Player.

The Republic of Ireland are among the 16 qualified teams for the play-off semi-finals, and will travel to take on Slovakia on Thursday, 26 March 2020.

Should Mick McCarthy's side emerge victorious, they will take on either Bosnia or Northern Ireland in the play-off finals. The draw in Nyon will determine which sides that qualify for the finals will enjoy home advantage.

Slovakia have a month to declare the home venue. They have played all their games in Trnava this campaign, but their newly-renovated stadium in Bratislava was tested recently with a limited capacity.

A final decision on the venue is due before 20 December.

Watch the Euro 2020 play-off draw from 11am on Friday on the News Now App or on the RTÉ Player. 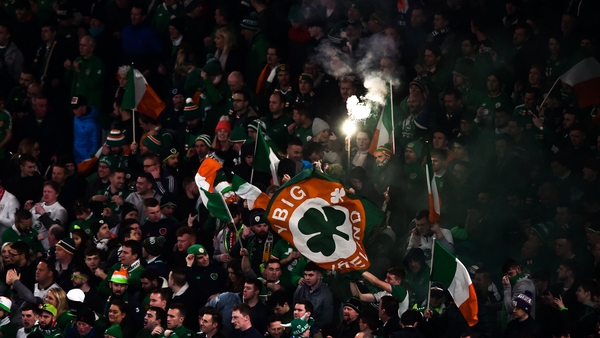 UEFA confirm Republic of Ireland are heading for Slovakia Soccer