New Tottenham Hotspur manager Jose Mourinho, who described himself as happy and humble, has vowed to bring success to the struggling north London club and said they could even win the Premier League next season.

Speaking ahead of Saturday's Premier League clash against West Ham United, a smiling Mourinho told a packed news conference at the club's training ground that he wanted to bring stability to the team and would make few big changes.

Mourinho, who took charge of Tottenham on Wednesday, has inherited a squad that finished in the Premier League's top four in four consecutive seasons, but are currently languishing in 14th after a poor start to the campaign.

Asked if he had a Christmas transfer market wish list he declared himself happy with the squad but added that he would be making some tweaks to improve their performances.

"The best gift is the ones (players) that are here. I don't need players. I am happy with the ones that we have."

The Portuguese returns to club management 11 months after being sacked by Manchester United, where he made a poor start to last season and was criticised by fans and pundits for playing dull, defence-minded football.

"From an emotional point of view I'm relaxed, motivated and ready and I think the players felt that these two days. I'm ready and I'm here to support them.

"In life you go through periods like this, where it's not about myself, it's about my players and my club."
He also paid tribute to his predecessor Pochettino and backed the Argentine to find happiness at a different club.

Mourinho said the club's door will always be open for Pochettino, who guided Spurs to the Champions League final last season where they lost to Liverpool in Madrid.

"I have to congratulate him (Pochettino) on the incredible job he did," Mourinho said.

"Tomorrow is another day. He will find happiness soon. He will give everything like he did at this club. He will leave with sadness with the feeling that he did great work. It is what everyone at the club felt." 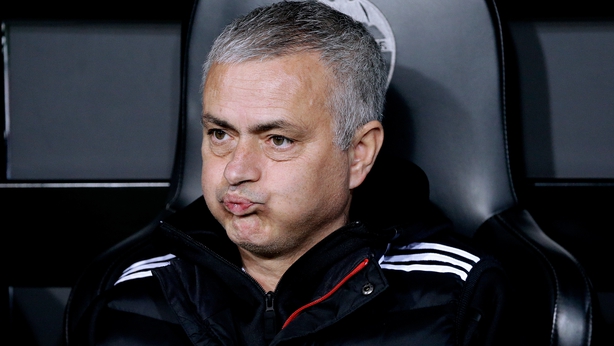 Mourinho appeared fractious and frustrated for much of his time at United, delivering an EFL Cup and the Europa League but falling short of restoring them to the highs of the Alex Ferguson era.

Invited to elaborate on whether his outlook had changed during a hiatus of almost a year, he added: "I think, I have to believe so.

"I always thought that these 11 months were not a waste of time. They were months to think, to analyse, to prepare. You never lose your DNA, you never lose your identity, but I have time to think about many things. During my career I have made mistakes.

"I am stronger, I am relaxed, I am motivated, I am ready and I think the players felt that in two days. I am ready to support them, this is not about me. It is about the club. I am here to try and help everyone."