Slovakia ended their Euro 2020 qualification campaign with a very similar record to the Republic of Ireland.

Their four wins, three defeats and one draw mustered 13 points - exactly what Mick McCarthy's men gathered over the course of their eight games - with the two teams also finishing with a goal difference of plus two.

Ireland and Slovakia both took third in their respective groups. Now, they meet in the last-chance saloon, a play-off semi-final in March.

Slovakia mirrored Ireland's awful form in the Nations League last year, finishing bottom of Group 1 in League B behind Ukraine and Czech Republic, but they - like Ireland - now find solace in the tournament, which has handed Pavel Hapal's side a lifeline.

So what do we know about our spring opponents?

Well, they do have a sprinkle of star quality. Marek Hamsik is now 32 and plying his trade in China with Dalian Yifang but he still possesses presence and quality, scoring three goals from midfield in the qualifiers.

Newcastle's Martin Dubravka is a solid keeper, while ahead of him Milan Skriniar marshals the defence. The Inter Milan centre-half is a wanted man - Manchester United, Real Madrid and Barcelona have all been linked with a big-money move for the 24-year-old.

Incidentally their back-up stopper Dominik Greif was superb for Slovan Bratislava in both legs of their Europa League qualifier against Dundalk back in August.

Denis Vavro (Lazio), Juraj Kucka (Parma) and Nikolas Spalek (Brescia) are regulars in Serie A, midfielder Patrik Hrosovsky recently lined out for Genk against Liverpool in the Champions League and most of the panel are getting games in the Spanish, German and Dutch top flights.

Hapal formerly managed the Slovaks' Under-21s and has blooded a lot of young talent since taking the reins in October 2018 so this is quite a youthful outfit .

They lost 1-0 to Wales in Cardiff, where they had their moments, and should have beaten Ryan Giggs' charges at home, drawing 1-1 having dominated the second half.

Don't forget, Slovakia were top seeds along with Croatia in Group E. They were trounced 4-0 by the Croats in Trnava, and lost 3-1 in the return game.

They scored 13 times in qualifying - six more than Ireland - though seven of those came against Azerbaijan who finished bottom of the group. Slovakia signed off a point behind second-placed Wales and four behind group winners Croatia.

Ireland have faced them five times before, four of those games ending in draws.

It's likely to be extremely tight again.

This was one of the few good nights during the doomed Steve Staunton reign. Kevin Doyle's header kept Irish hopes of qualification for Euro 2008 alive in front of over 70,000 fans at Croke Park.

Staunton had taken just a point from the first three qualifiers - the disastrous 5-2 loss in Cyprus followed a 1-0 defeat to Germany - but home and away wins against San Marino (the second game required a 94th-minute Stephen Ireland winner), a defeat of Wales and then this win against the Slovaks earned the Dundalk man a stay of execution. The sense that it was delaying the inevitable was inescapable however and so it proved... 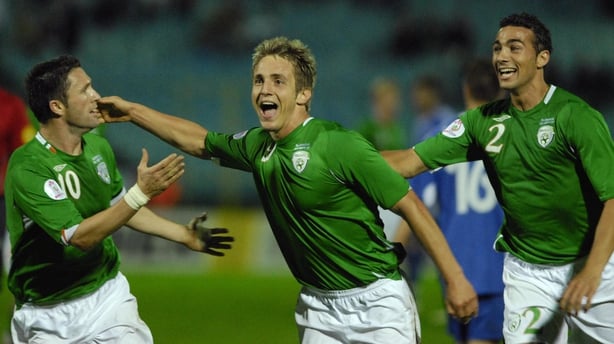 This was a damaging one for Staunton, a result which left Ireland requiring a win against the Czech Republic to stay in the hunt. They would lose 1-0 in Prague.

The visitors made a great start when Stephen Ireland steered a left-footed effort past Stefan Senecky after seven minutes, and though Slovakia equalised nine minutes before the break through Maros Klimpl's header, it seemed the points were secured thanks to Doyle's superb second-half strike.

Alas, Marek Cech drilled home a leveller in the last minute to leave Ireland deflated and their ambitions of making it to the Euros in Austria and Switzerland remote. Their fate was sealed by the Czechs four days later. 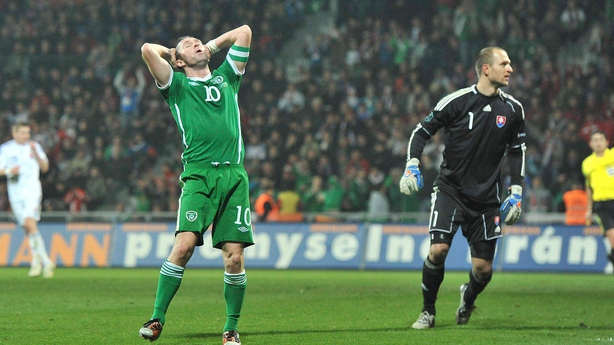 The next meetings between the two countries came in the Trap era. Ireland won their first games in Group B - away to Armenia and then at home to Andorra - before losing to Russia in Dublin.

They headed for Zilina in their fourth game in reasonable shape but came home very much feeling like they'd dropped two points.

Sean St Ledger put the Boys in Green ahead 16 minutes in, Jan Durica equalised a half an hour later, and then Robbie Keane missed a penalty just before the break. It proved costly as the dogged hosts ground out a point. 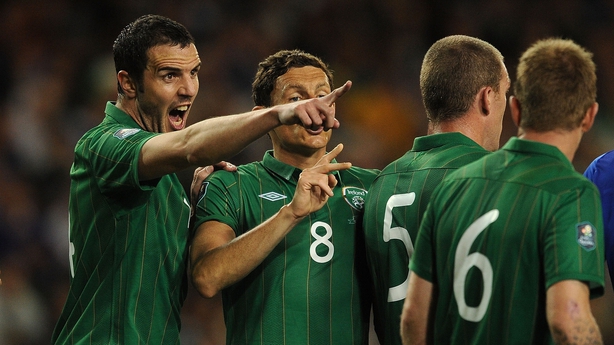 It looked like we were in big trouble after this stalemate at the Aviva. In truth, Ireland were lucky to get out of it with a point. Vladimir Weiss and Marek Hamsek both spurned good chances and Slovakia probably deserved to win.

It took a ridiculous Richard Dunne performance against Russia to somehow drag Ireland out of Moscow with a draw and that changed things utterly. Ireland beat Andorra and Armenia in the last two games to make the play-offs, where Estonia were hammered. Poland and Ukraine beckoned. 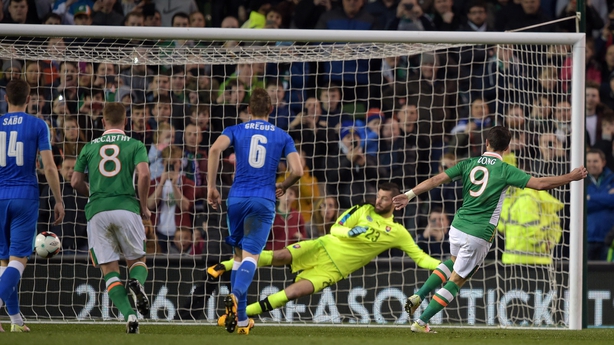 Our most recent clash was a pre-Euros friendly that saw Martin O'Neill indulge in some experimentation with the France finals looming.

Ireland started brightly before being sucker-punched by Miroslav Stoch's opener in the 14th minute.

Enter Shane Long. He won two penalties in two minutes - scoring one and giving James McClean the other - to nudge the hosts ahead by the 24th minute.

Paul McShane deflected a cross into his own net as Slovakia mad it all square just before the break and that's how it stayed, despite a wave of late home pressure.

Watch the Euro 2020 play-off draw from 11am on Friday on the News Now App or on the RTÉ Player.

How the sporting world reacted to the Spanish Flu

All you need to know: Montenegro v Republic of Ireland