Tottenham have sacked Mauricio Pochettino less than six months after he took them to the Champions League final.

Pochettino, along with his coaching staff, has paid the price for a poor run of domestic form in 2019, bringing an end to a five-and-a-half-year spell at the club.

During that time he delivered four successive top-four finishes in the Premier League, which included two title challenges, a memorable run to the European Cup final last season and developed the likes of Harry Kane, Dele Alli, Son Heung-min and Christian Eriksen into top-class players.

He also had to contend with playing at Wembley for 18 months while Tottenham's new stadium was built and went through two transfer windows without signing anyone.

But chairman Daniel Levy grew impatient with a decline in form this calendar year as Spurs took only 23 points from their last 24 Premier League games.

They have won just three times this season and as well as a 7-2 humiliation against Bayern Munich in the Champions League last month, they were also beaten by League Two Colchester in the Carabao Cup.

Daniel Levy said on the club's official website: "We were extremely reluctant to make this change and it is not a decision the board have taken lightly, nor in haste. 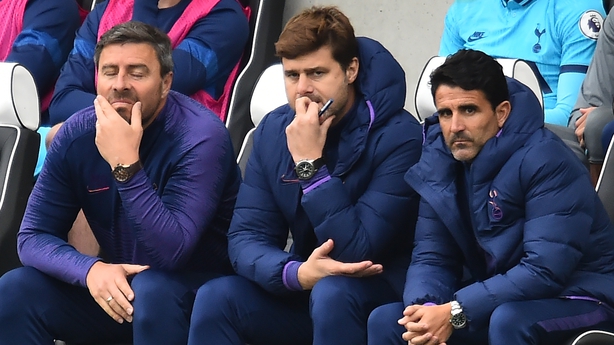 "Regrettably domestic results at the end of last season and the beginning of this season have been extremely disappointing.

"It falls on the board to make the difficult decisions - this one made more so given the many memorable moments we have had with Mauricio and his coaching staff - but we do so in the club's best interests.

"Mauricio and his coaching staff will always be a part of our history. I have the utmost admiration for the manner in which he dealt with the difficult times away from a home ground whilst we built the new stadium and for the warmth and positivity he brought to us.

"I should like to thank him and his coaching staff for all they have contributed. They will always be welcome here.

"We have a talented squad. We need to re-energise and look to deliver a positive season for all of our supporters."

Spurs say they will announce their new coaching staff "in due course", with former Manchester United and Chelsea manager Jose Mourinho an early favourite to take the reins. 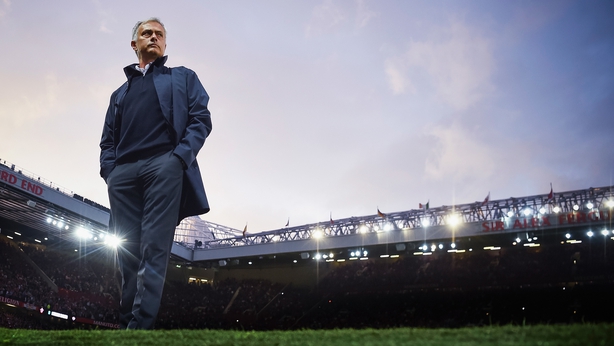 The Portuguese is admired by Levy, who has tried to appoint him in the past, and Mourinho has always spoken positively about Spurs. He has been seen watching some of their games this season.

If Mourinho is the man to replace Pochettino, he may have to work under financial constraints that he is not used to.

While Spurs have competed at the top end of the Premier League for the last four seasons, they have not matched their rivals in the spending department.

They became the first ever Premier League side not to make a signing during the summer transfer window in 2018 and then followed that up with another blank window in January.

I can't thank this man enough. He’s taught me so much and I’m so grateful for everything he’s done for me. Good luck and hope to see you again my friend. pic.twitter.com/dUO6AJlMxR

That Spurs were still able to compete at such a level is testament to the job Pochettino did as he delivered some of their best seasons in recent years with back-to-back title challenges and their highest league finish since 1963.

As a result he was a sought after man in European football, with Real Madrid, Chelsea and Manchester United all keen on taking him out of White Hart Lane.

Then last season he took the club further than they ever have been before in Europe when he masterminded a memorable run to the Champions League final, where they ultimately fell short against Liverpool.

Pochettino viewed the run to the Madrid final as the end of a chapter and warned of a "painful rebuild" this summer.

However, Spurs, whose transfers are controlled by Levy, were unable to move out a host of players who either wanted to leave or Pochettino wanted rid of.

Christian Eriksen, Toby Alderweireld and Jan Vertonghen all remained at the club, despite not signing new contracts, while they could not offload Danny Rose, Victor Wanyama or Serge Aurier.

That impacted arrivals in the summer and although Spurs broke their transfer record in signing Tanguy Ndombele, also adding Giovani Lo Celso and Ryan Sessegnon, Pochettino did not deem it enough.

The Argentinian complained regularly about an unsettled squad and results suffered as, with the same players, they looked a shadow of the side they used to be.

Pochettino was determined to complete the rebuild job and remained committed to the cause, but Levy had other ideas.