Gareth Bale believes Wales reaching the European Championship next summer could trump the achievement of playing at Euro 2016.

Wales ended a 58-year wait to play at a major tournament in 2016 and eventually reached the semi-finals in France under Chris Coleman.

Over three years on and Ryan Giggs' young side will qualify for Euro 2020 by beating Hungary at home on Tuesday.

"The experience of qualifying for the Euros was massive," Bale said ahead of the winner-takes-all clash in Cardiff.

"It was something I'd never done before and to do it again might be a bit more impressive.

"The youngsters have come in and done really well.

"We've got a good mix of youth and experience and it's important they step up to the plate, which they have been doing.

"We need to use our experiences to help the youngsters come through it."

Bale had been out for a month with a calf problem before Wales' 2-0 win in Azerbaijan on Saturday that, coupled with Slovakia's defeat in Croatia, put qualification destiny in their own hands.

The Real Madrid forward played for an hour before making way for the returning Aaron Ramsey and says he is fully fit to take on Hungary at the Cardiff City Stadium.

"I'm ready. I hadn't played in four weeks so it was important to get 60 minutes into my legs and get some match sharpness," Bale said.

"We spoke at the start of the week about trying to get 60 minutes and hopefully being a couple (of goals) up before I came off.

"So it worked out well, no problems and I'm ready to go for Tuesday." 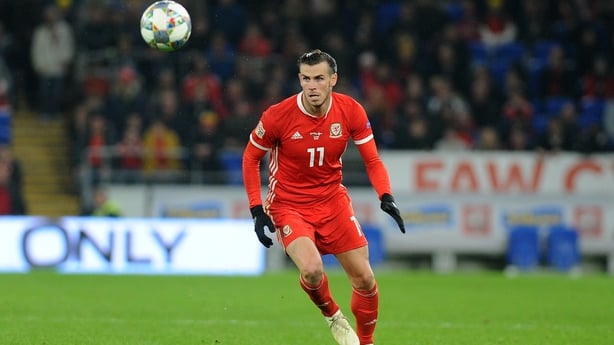 Bale was injured and a helpless spectator in the stands when Wales missed out on a place at the 2018 World Cup in Russia.

Wales lost a play-off decider to the Republic of Ireland in Cardiff and the 30-year-old vividly remembers the pain of that defeat.

"So we can use them to our advantage. We don't want to be feeling like we did after the Ireland game.

"We will push and push not to feel like that again, because it's not a feeling you want in the dressing room after the game.

"We will use all our experience to try and navigate our way through.

"The most important thing is we haven't lost since we went to Hungary (in June) and we've been on that upward trajectory.

"The football has been really good and we have to keep riding that wave."

Joe Allen, suspended for the Azerbaijan win, is set to return at the expense of Joe Morrell in midfield, even though the on-loan Lincoln youngster acquitted himself well in Baku.

Giggs' main selection dilemma revolves around Ramsey and whether the Juventus midfielder is fit enough to play 90 minutes.

Harry Wilson could start after scoring in Baku, with Ramsey possibly used from the bench again.

"But what I've seen in the young players, coming in and being fearless, they help each other.

"The older players can help the young ones and vice versa."