Denmark goalkeeper Kasper Schmeichel insists settling for a draw against the Republic of Ireland will not enter their mindset during tonight's Euro 2020 qualifier at the Aviva Stadium.

The Danes will qualify for the tournament by avoiding defeat and are favourites to do so.

Speaking in an interview to be broadcast as part of live coverage on RTÉ2 from 7pm, Schmeichel did not entertain the possibility of holding back with a draw in mind.

He told RTÉ Soccer correspondent Tony O'Donoghue: "We need a win, 100%. That is the attitude from everyone, nothing less. It doesn’t matter [that a draw will do].  A win is paramount.

"Ireland are a really difficult side to beat and highly effective in what they do. We were very frustrated playing against them in the 1-1 draw in Copenhagen, but they came and did a job.

"Obviously that game was frustrating and the 0-0 in Georgia was very frustrating. We have put ourselves in a situation where we have to get points.

"That is slightly disappointing that we didn’t win those two games because, on balance, we probably had the most chances.

The Leicester City goalkeeper is also aware of the danger posed by Shane Duffy after conceding twice to the defender in the previous matches.

"We know about his threat because he has scored two goals against us," he said.

"It is something we are going to have to stop and try to neutralise. 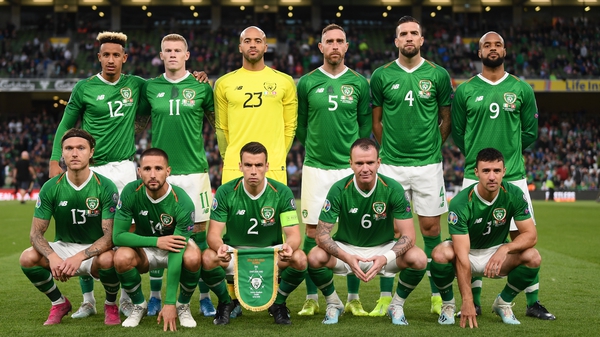