Steven Davis missed a first-half penalty as Northern Ireland's faint automatic qualification hopes ended with a 0-0 draw against Holland in what stands to be Michael O'Neill's final home game in charge.

Captain Davis, making his 116th appearance to overtake David Beckham as the UK's most capped midfielder, blazed badly over the crossbar in the 32nd minute, and Northern Ireland's failure to win ended any slim hopes they had of securing automatic qualification for Euro 2020.

Attention will instead turn to March's play-offs, with Northern Ireland's place secured as of Friday night thanks to Sweden's win over Romania, though they will finish off their Group C fixtures away to Germany on Tuesday night.

Holland, in contrast, could celebrate, with the point enough to end a wait to reach a major tournament which began with their failure to reach the 2014 World Cup.

After eight memorable years at the helm at Windsor Park, a 0-0 draw was hardly the way O'Neill would have wanted to sign off in front of his home fans.

The faithful poured into Windsor Park wearing O'Neill masks and carrying banners to thank the outgoing manager, though he plans to take charge for the play-offs - almost certainly away from home - in March alongside his new role at Stoke. 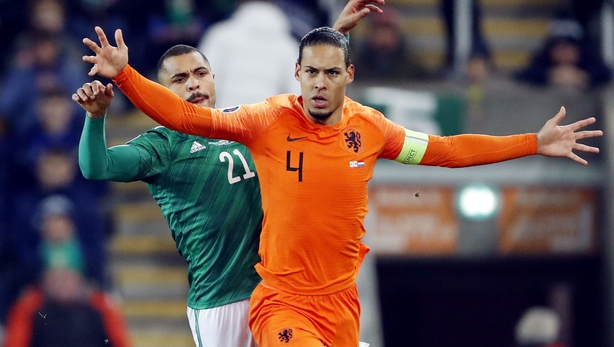 A pre-match video celebration of his achievements helped build the atmosphere, positively rocking come kick-off, and it was against that backdrop that Northern Ireland began unsettling Holland straight away.

Magennis tried to guide a deep cross from McNair into the far corner but saw it go wide and George Saville struck the ball into a crowd of players when Cillesen tried to punch a free-kick clear.

All that was in the first six minutes. If Ronald Koeman felt Northern Ireland's tactics in the reverse fixture last month were "outrageous" and "terrible to watch", it is unlikely he was much keener on the attacking intent displayed early on.

But it was not a pace they could sustain and drama soon shifted to the other end where Quincy Promes lifted in a cross for Steven Berghuis, whose mis-hit shot looped onto the crossbar before Northern Ireland scrambled it clear.

Holland, missing Memphis Depay through injury and Georginio Wijnaldum through illness, began to exert more influence and Ryan Babel should have done much better when Daley Blind pulled the ball back, but fired straight at Bailey Peacock-Farrell instead.

With half an hour gone, Northern Ireland were gifted a penalty when Joel Veltman handled McNair's cross under Saville. 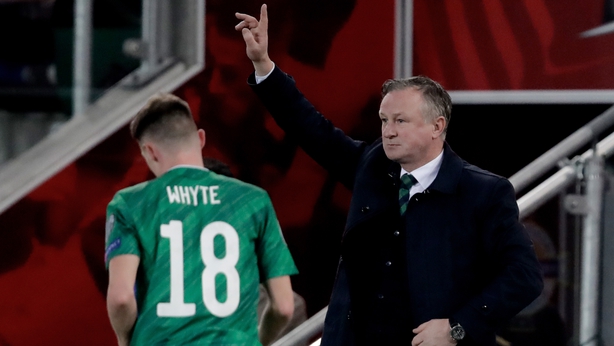 They could have asked for few better men to take it than skipper Davis but, perhaps unnerved by lengthy Dutch arguments, the Rangers man blazed over from the spot.

Compared to the all-action start to the first half, the second 45 minutes turned into a drab affair.

Early signs were promising as Magennis headed over from Jamal Lewis' dangerous cross, but instead Northern Ireland spent much of the time stuck inside their own half, pushed back as Holland hogged the ball.

Not that the Dutch could do much with it. Bailey Peacock-Farrell comfortably held headers from Ryan Babel and Matthijs de Ligt but was otherwise untested.

The fans never lost their enthusiasm, singing O'Neill's name as the clock ran down.

But a truly big scalp is the one thing that has eluded him during his celebrated reign, and that would not change here.