It is a moment which is etched firmly and painfully in the memories of a generation of Irish football supporters.

Shay Given's furious sprint to the linesman, spectators at the Stade de France knowing something was wrong but not quite what it was and Thierry Henry sheepishly celebrating a great escape with his team-mates as World Cup qualification was secured in the most controversial of circumstances.

On Monday evening, the Republic of Ireland will attempt to secure their place at the Euro 2020 finals 10 years to the day after they were denied to trip to the 2010 World Cup in South Africa by Henry's illegal intervention in their play-off showdown with France.

"Ten years, is it? Wow!" Robbie Keane told FAI TV when the anniversary was drawn to his attention.

"Listen, it's football. I've played the game for a long time, certain situations happen in games and because of the magnitude of the game and who it was against and the player, of course it was going to be huge.

"He was one of the biggest players at the time, Henry, and to do what he did... of course it was disappointing, but as a player you can't dwell too much on the past." 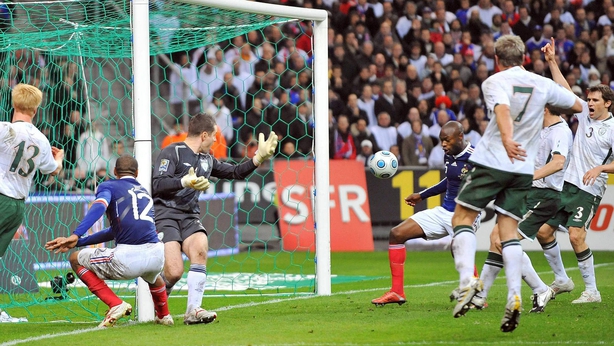 Keane's anger may have subsided over the years - he was scathing as he spoke to the media that night deep within the bowels of the stadium in the immediate aftermath of the game - but the sense of what might have been remains with him.

A veteran of Ireland's 2002 World Cup adventure in the Far East, he had fired them into a 1-0 lead in Paris to cancel out Nicolas Anelka's strike in the first leg in Dublin, a game in which Giovanni Trapattoni's men had turned in a disappointing performance.

Already stung by FIFA's decision to seed the play-offs, a change of mind which guaranteed them a tough draw, the Republic turned in arguably their best display under the veteran Italian to take the tie to extra-time.

But it was then that Henry took centre-stage.

The Frenchman received the ball on the left side of the penalty area and fed it back across goal for defender William Gallas to level on the night and ultimately, to break Irish hearts.

However, the reaction of Given and his team-mates closest to the incident indicated that there was an issue and while there were no television replays available to members of the travelling media, it soon emerged that Henry had handled when controlling the ball, sadly for Ireland, unseen by Swedish referee Martin Hansson and his assistants. 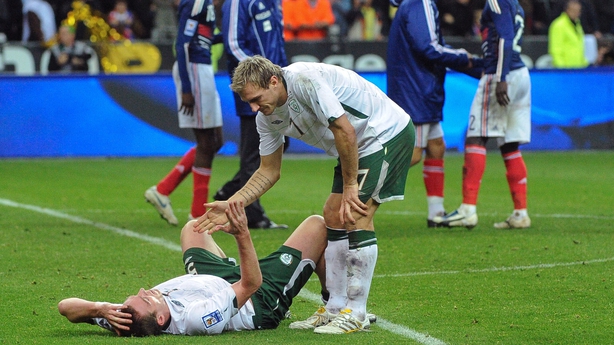 Keane said: "I couldn't see it because I was obviously on the halfway line, but you can always tell by players' reactions and Shay Given when he ran straight to the linesman, I knew there was something wrong.

"I wish there was VAR then, it would have been a lot easier.

"But it is what it is. When you do something like that as a big player, you're going to get the consequences and I'm sure he hasn't lived it down since. I'm sure it gets mentioned all the time to him."

Ireland's protests on and off the field fell on deaf ears, and a bid to be admitted to the finals as the 33rd team was rejected, although the Football Association of Ireland, it emerged later, had received a payment of €5m from FIFA on the understanding that it would not pursue the matter through the courts.