Stephen Kenny says the manner of the Irish performance in their Under-21 European Championship qualifier in Yerevan could be a building block to bigger things in the group.

After tasting defeat for the first time in the campaign against Iceland last time out, Ireland returned to winning ways with a 1-0 win over a gritty Armenian side courtesy of a goal from Zach Elbouzedi.

The Boys in Green return to the summit in Group 1, four points clear of Iceland who have played two games fewer.

With four qualifiers remaining, a first-ever major tournament appearance at the age group remains a realistic ambition, with top spot qualifying automatically and the group runner-up heading for the play-offs.

Second seeds Sweden are the visitors to Tallaght on Tuesday night (kick-off 8pm). 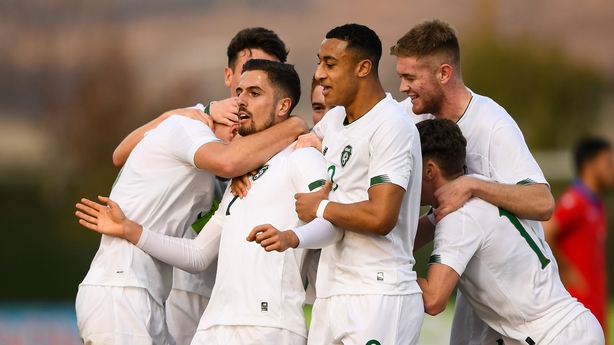 The Ireland manager believes that today's narrow win on the road was a good day at the office.

"I'm delighted with the manner of performance. We handed four debuts in the starting line-up and Aidan Keena came off the bench to make his debut as well," said Kenny.

"To produce the real team performance we've produced with the short amount of time we've had to work with the team, I'm delighted and the players should be really proud of themselves.

"It's an important victory in the campaign and now it's important for us to refocus on the Sweden game on Tuesday to make sure we can get another important result in front of a big crowd at Tallaght Stadium." 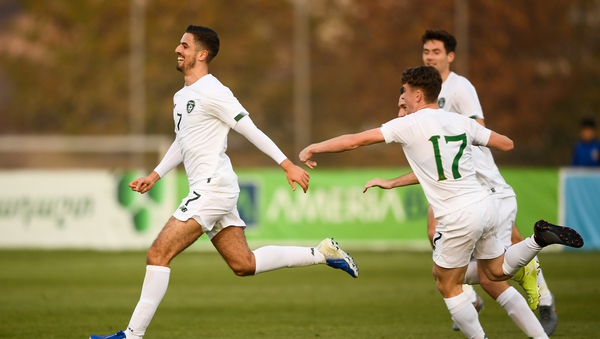