There has been plenty of debate about the incident - which had its origins 24 hours earlier when the players clashed during a top-of-the-table Premier League clash at Anfield - with some supporting Southgate's action and others deeming it harsh.

Toure sides with his former City team-mate, believing the issue has been overblown.

"Pep Guardiola could be a little bit disappointed with him (Southgate)," Toure told Sky Sports News.

"Raheem is still young and learning. If my player acted like that, being angry and showing himself like this, I would be very happy. This means he wants to win and achieve - that is important. A player without this character, for me, is nonsense.

"I think people are overreacting because in training this can happen. In the game they were face to face and then straight to the international team.

"The manager does not have to be involved. It's not good for the player's mentality. Raheem is one of the best players in England at the moment."

Toure went on to point out the pressures bearing on Sterling, adding:

"For him to be in this kind of situation - with all the pressure around him and on his shoulders, he has to deal with racism, plus the fact he was playing at Anfield where the fans are booing him - it can affect him."

Toure, 36, elaborated on the theme of racial abuse of which he has bitter personal experience.

He called for more action at the top of the game and said England leaving the pitch after being subjected to vile racist taunts in last month's game in Bulgaria would have been a welcome move.

"I would have loved it. I would be happy, it would deliver the biggest message," he said.

"I think what players need to do now is just go out. Leaving the pitch will send a big message to FIFA and UEFA and show them these footballers are more important.

"There needs to be a solution, FIFA needs people who will work on this case especially." 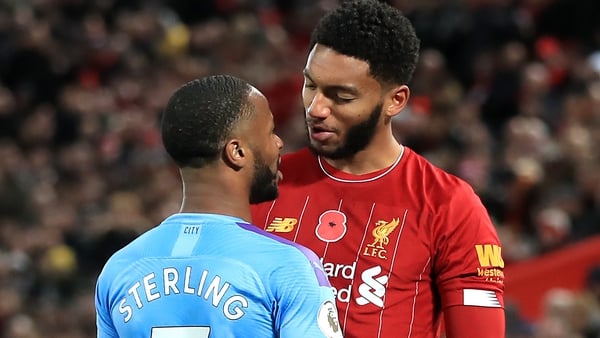 Contrite Sterling says 'emotions got the better of me'