Republic of Ireland manager Mick McCarthy says he is looking forward to uncapped pair Troy Parrott and Lee O'Connor linking up with the senior squad.

The Boys in Green take on New Zealand on Thursday ahead of the decisive Euro 2020 qualifier with Denmark the following Monday and McCarthy has confirmed that both players will see game time against the All Whites.

After catching the eye in the youth set-up, Parrott made his Spurs debut in the League Cup in September and has three goals in three Under-21 appearances for his country.

O’Connor, who signed for Celtic from Man United on a four-year deal two months ago, gets his opportunity owing to the full-back’s suspension at U-21 level.

Both will take part in their first training session with the senior squad in Dublin today. 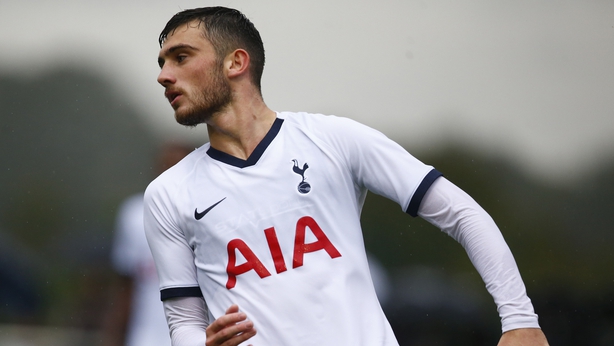 "I have seen them both play for the U-21s of course," McCarthy told FAI TV. "Troy was in the original squad.

"Lee is in a bit by default I guess the fact that he is suspended for the U21s for their game against Armenia. I didn't have a whole lot of cover on the bench in terms of defenders, so he will get some game time as well."

McCarthy has already stated that Jack Byrne will also feature in the friendly this week, and says he felt fit-again Darren Randolph was "excellent" for Middlesbrough in their 2-2 draw with QPR at the weekend.

The closer it gets, I think everyone will be getting a little nervous, a little anxious and excited

The Irish boss says after all the talk of the crucial game with Denmark, it is great to be back in camp and preparing for the qualifier.

"It’s one thing to keep talking about it, but you have got to get on with it and play the game. The closer it gets, I think everyone will be getting a little nervous, a little anxious and excited.

"I’m really looking forward to it."