Jurgen Klopp says he hopes to meet Liverpool fan Sean Cox before Sunday's Premier League showdown with Man City and says the unprovoked attack last year on the Irish man is his low point in charge of the Reds.

In September, Cox was transferred to a specialist neurological facility in the north of England, after nearly 18 months of treatment in Ireland, to begin the next stage of his rehabilitation.

Liverpool CEO Peter Moore said earlier this week that the club is "delighted" to welcome Cox back for what will be his first visit to Anfield since the devastating attack in April 2018.

Klopp added that he hopes to speak to Cox prior to the crucial clash.

"When it happened it was my lowest point at Liverpool," he said. "Something like this should not happen around a football game. I hope to see him before the game, I really want to.

Several fundraising initiatives have been held to help his recovery, including a charity game between Meath and Dublin and an Ireland-Liverpool legends match at the Aviva Stadium. 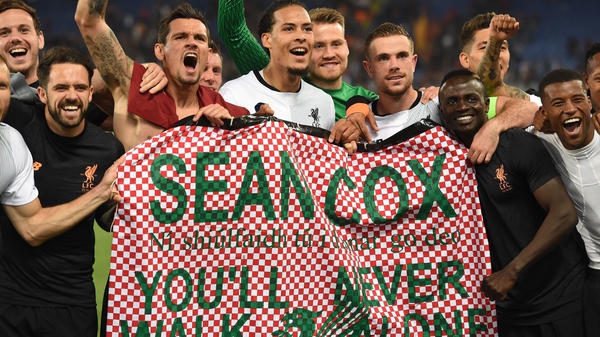