These are special days for Denise O'Sullivan.

Republic of Ireland boss Vera Pauw has called her "one of the best players in the world". Renowned coach Paul Riley says his decision to try and convince her to sign for North Carolina Courage was "the best phone call I ever made". And everyone she plays with drools over her talent and intelligence.

But the 25-year-old Cork woman remains incredibly grounded. Nothing has come easy in the O'Sullivan success story.

She has just been crowned the Courage's MVP for the second campaign in a row having helped them to retain the National Women's Soccer League before heading to Australia in the US off-season for a short stint with Western Sydney Wanderers.

O'Sullivan of course will also be key to Ireland's hopes of maintaining their fine start to Euro 2021 qualification when they travel to Greece on Tuesday. There's a lot of expectation on her shoulders, but O'Sullivan wears it all so lightly. 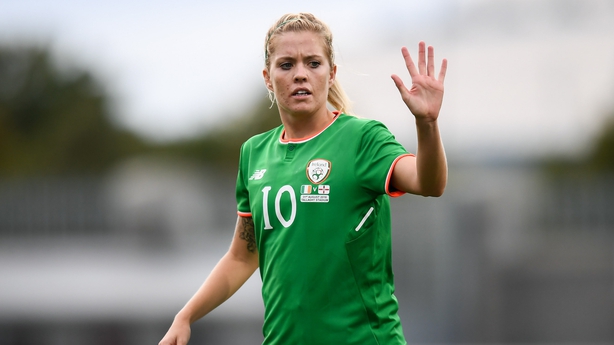 "My five brothers played soccer growing up," she told RTÉ's The W Podcast when reflecting on how she got bitten by the football bug.

"One of my brothers was part of the junior Irish team, and I think I got my motivation from them. I really looked up to them growing up.

"I'd be on the streets playing with all the boys, putting jumpers down as  goalposts. I'd be out there for hours playing soccer with them, enjoying myself.

"Yvonne Tracy, Ciara Grant, those kind of players (were my heroes). Eventually I got to play with them. That was a huge thing for me. When I came into the national team set-up they were very experienced players. They gave me advice, looked after me, took me under their wing."

O'Sullivan's talent was obvious from a young age though she did come to a crossroads early in her career.

"I always believed in myself but I was a big family girl when I was young," she adds.

"I didn't really see myself leaving to go anywhere. I got to the stage, when I was 17 years old, where I really believed I could make a career out of this, when I went to Glasgow City and then went on to America.

"Growing up I played with a boys team to start off, New Farm Athletic in Cork. Then I went on to Wilton, the Cork women's team and when I got involved with that Cork team and played all over Ireland that's when I really started to believe in myself.

"Then I got that call to go over to Glasgow City. I was scared - I didn't want to leave home - but I made the decision that I needed to. It was time to go over and start my career." 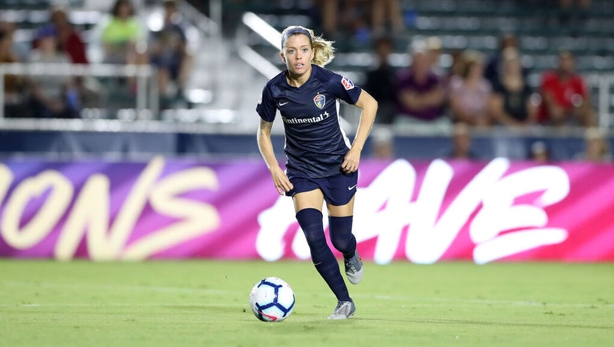 Her reputation kept growing. O'Sullivan's natural vision and skill made her stand out. Soon, America came calling. Houston Dash were keen to bring her over, and she was ready to go.

"It was always a dream of mine to go and play in America so I was really excited to go over there. Then my dad fell sick and a few days before I was supposed to go to America he passed away.

"I didn't want to leave at that stage. My mam was very upset and all my family as well, but they supported me. They really wanted me to go. But it was a difficult period for sure, going somewhere by yourself. It was a lonely stage, an upsetting stage, but I think I grew as a person from that."

After a year with Houston she made the switch to the Courage, where her game has thrived. O'Sullivan is in the form of her life, with a huge hunger to keep getting better.

"I just love the game, honestly. It's my job and it's something I'll work very hard to get better at. I think it's in my nature, in my family... I'm very passionate about soccer.

"I just want to keep getting better and I want to make the players around me better as well.

"It's been a dream of mine to get to a major tournament with Ireland. It hasn't been done in women's football.

"With this group it would be really special. I think this is a time where we are really good. We're after getting fitter and improving as a team. This could be the biggest opportunity for us to get to a major tournament.

"It would be special."