Unai Emery remained defiant when asked about the possibility of being replaced by Jose Mourinho after seeing his Arsenal side let a lead slip for the fourth game in a row as they were pegged back by Vitoria.

The spectre of former Chelsea and Manchester United boss Mourinho has started to hang over Emery as reports continue to link the Portuguese to the Arsenal hot-seat.

The Gunners denied suggestions over the weekend that Mourinho had dined with Arsenal head of football Raul Sanllehi as pressure continues to build on Emery.

Another poor performance saw Arsenal lucky to leave Guimaraes with a 1-1 draw as Shkodran Mustafi's header was cancelled out by an injury-time bicycle kick from Bruno Duarte.

It was the fourth time in 10 days that Arsenal have failed to hold onto a lead and Mustafi's 80th-minute effort was their first shot on target in a game where they toiled in the Portuguese rain.

Mourinho's presence in the reverse fixture a fortnight ago ramped up the theories that he was a potential replacement should Emery lose his job.

Asked about the Mourinho links and the fan criticism aimed at him following recent performances, Emery simply replied: "I am the coach." 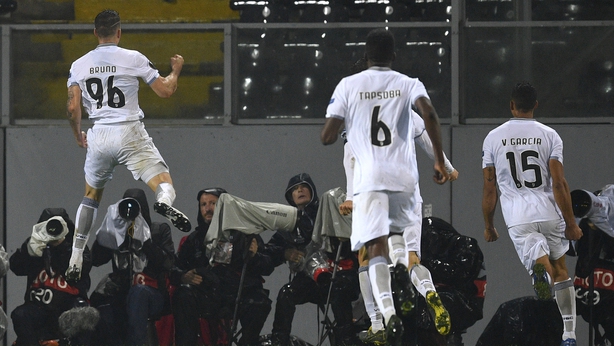 The Spaniard has already had to deal with stripping Granit Xhaka of the captaincy after he swore at Arsenal's fans as he was jeered following his substitution in the 2-2 draw with Crystal Palace.

The mounting pressure on his position will be tested once again this weekend as they visit high-flying Leicester but - despite a run of one win in six games across all competitions - Emery insists he seems progress on the pitch.

"In this competition our objective is to be the first in the group," he said.

"We are going to play the next two matches to make sure of that position and now we are going to prepare the match against Leicester in a different competition.

"For us very important but the analysis about this match we worked, we played, fighting against one team who were defensively very strong, have very good organisation and playing against us 100% motivation."

Vitoria were bottom of Group F and had failed to take a single point as they welcomed Arsenal to the Estadio D. Alfonso Henriques.

But, after twice taking the lead in north London before two Nicolas Pepe free-kicks secured a 3-2 win for Emery's s side, they would get something here following another strong performance. 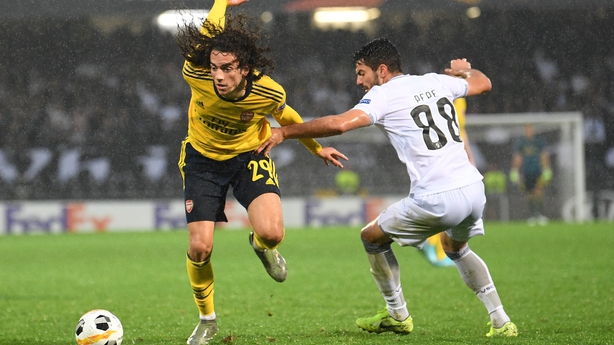 Their own Pepe hit the crossbar with Marcus Edwards and Edmond Tapsoba drawing great saves from Emiliano Martinez in a first-half dominated by the Primeira Liga side.

They then rallied after falling behind and levelled through Duarte's fine last-gasp effort before pushing for the win - almost finding it as Mustafi accidentally steered a cross inches wide of his own post before Rochinha's drilled shot flashed across goal.

"There is a sense of happiness for the goal, but most of all for what the team did," Vitoria coach Ivo Vieira said after the game.

"We are a team that wants to give quality to the game and it is clear that's what the players did.

"Once again we had more goal chances than our opponents and more attacking volume, but we couldn't translate them into goals.

"At least there is the comfort of having a point, but the reality is that Vitoria should have more."