Republic of Ireland Under-21 manager Stephen Kenny has named his squad for the upcoming Euro 2021 qualifiers against Armenia and Sweden.

It's a weakened squad for the crucial game in Yerevan tomorrow week, as Ireland look to get their campaign back on track following defeat to Iceland last month.

Jack Clarke, Thomas O'Connor and Aidan Keena receive their first call-ups, but Kenny is without a host of players.

Captain Jayson Molumby and defender Lee O'Connor are both suspended, but will be available for the visit of the Swedes to Tallaght Stadium.

Troy Parrott is also unavailable, after being called up to the senior squad by Mick McCarthy, while Jonathan Afolabi, Darragh Leahy and Luca Connell are all out injured.

Gavin Bazunu is set to link up with the under-19s, with Liverpool's Caoimhin Kelleher the number one choice, after his penalty heroics in last week's Carabao Cup win over Arsenal at Anfield. Conor Kearns of UCD provides back-up.

The Republic of Ireland are currently top of Group 1, but they have played more games than second-placed Iceland, and top-seeds Italy. 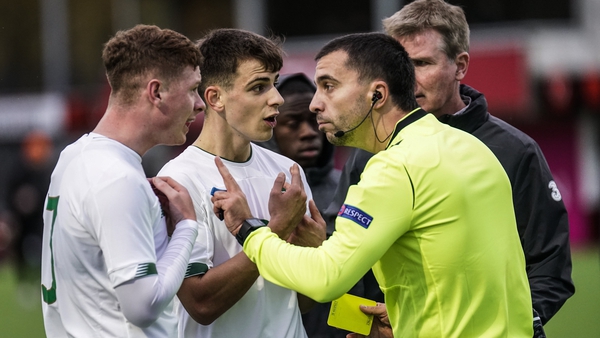