Tottenham will rally round Son Heung-min as the "broken" South Korea midfielder tries to come to terms with the horrendous injury suffered by Everton's Andre Gomes after his challenge at Goodison Park.

Son was in tears following the incident, having slid in and clipped his opponent, but not recklessly so, as they ran down the touchline.

Spurs are expected to lodge an appeal against the red card shown to Son by referee Martin Atkinson, who had initially brandished a yellow card.

Everton captain Seamus Coleman - who himself suffered a double-fracture of his lower leg while on international duty for the Republic of Ireland during March 2017 - went to console Son in the away dressing room following the end of the match, which finished 1-1 after Cenk Tosun's stoppage-time goal.

The north London club will offer Son their full support, which could also include psychological counselling.

With England forward Harry Kane missing the match through illness, Spurs defender Ben Davies captained the side at Goodison Park. 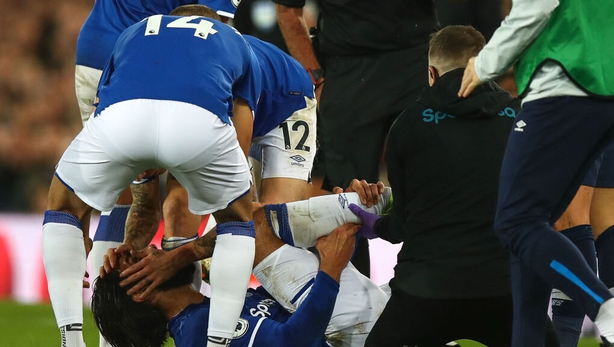 The Wales international revealed Son was left questioning whether people would say his challenge on Gomes was malicious, with Tottenham players and staff determined to lift his spirits.

"We will try to pick him up as much as we can. It's tough right now," Davies said.

"It is just about making sure that he realises he didn't go out there to hurt anyone, he thinks that people may see that in him, but it is not the case.

"It's one of those things. There were probably three more tackles that were worse than the incident that happened.

"It's a freak moment in football. Son can't let himself be too down about it.

Nobody goes on the pitch to hurt anyone, especially not somebody like Son, who is a bit broken

"As a group we have to pull together now. That's what we said on the pitch, pulling together when times are tough."

Davies added: "It shakes you up, it really does. It doesn't matter if it is your team-mate or not. You can see the emotion across the pitch.

"Nobody goes on the pitch to hurt anyone, especially not somebody like Son, who is a bit broken in there (dressing room) to deal with what has happened.

"The team just have to sometimes say these things happen in football and, as horrible as it is, they do. For us it is just hoping Andre Gomes is okay now."

Spurs had taken the lead just after the hour through Dele Alli, and are 11th in the table as their search for another Premier League win continues.

Davies said: "To be honest I thought we were in control, it wasn't the prettiest of games or the most impressive games from us, but I don't think we looked under threat and when we were 1-0 up it suited us."

Spurs have until 1pm on Monday to formally lodge an appeal with the Football Association over Son's red card, which if stands will see him serve a three-match ban.

After Sunday's game, the Premier League issued a statement to clarify why the card had been upgraded, for "endangering the safety of a player which happened as a consequence of his initial challenge."

Spurs boss Mauricio Pochettino, though, felt the injury to Gomes led to an over-reaction which resulted in a greater punishment for Son.

Under FA discplinary guidelines, a club may seek to limit the consequences of a player's straight red card if they can prove that the dismissal was an "obvious error".

The case would be heard by an independent regulatory commission, with the onus on the club to demonstrate, via written and/or video evidence only, that the referee had made such a misjudgement.

If the club's wrongful dismissal claim was upheld, the player's suspension would then be withdrawn with immediate effect. 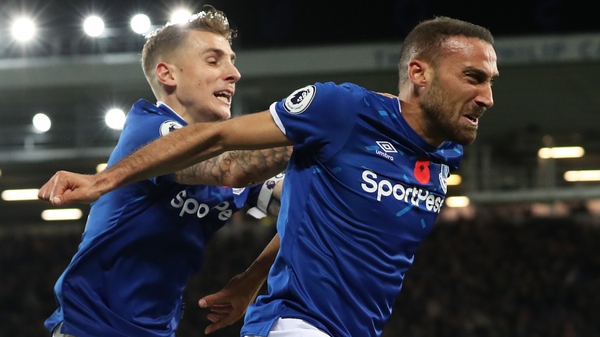