Another bruising week for Derby County ended on something a high as a Tom Lawrence double secured a 2-0 win over struggling Middlesbrough.

The sacking of Republic of Ireland defender Richard Keogh, the club captain, for "gross misconduct" following the incident in which Lawrence and Mason Bennett were convicted of drink-driving had dominated the build-up to the game.

But it was Lawrence who clinched a fourth straight home win with a goal in each half against Boro, who played for an hour with 10 men after George Saville was sent off for a lunge on Krystian Bielik.

Ireland stopper Darren Randolph again missed out for Boro due to a thigh problem.

Tyler Roberts marked his maiden start of the season with a goal as Leeds beat QPR 2-0 to move to the top of the table.

The forward, who has struggled with injuries, side-footed into the bottom corner for his first goal since October 2018 six minutes before half-time.

Jack Harrison, having set up the opener, then sealed the win eight minutes from time with a composed finish. 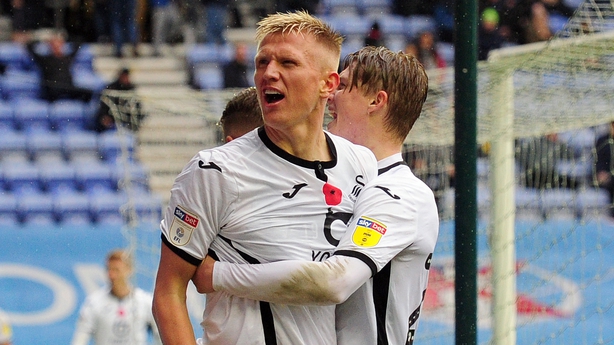 Swansea had briefly surged to the summit after substitute Sam Surridge's last-gasp header salvaged a 2-1 win over Wigan at the DW Stadium in the early kick-off.

Blackburn scored twice in the final two minutes to beat Sheffield Wednesday 2-1 and register their first win in seven matches.

The Owls were heading fourth when Jacob Murphy headed home from close range after Steven Fletcher had hit the crossbar, but goals from Tosin Adarabioyo and John Buckley sealed a shock win for Rovers.

Jarrod Bowen netted for the fourth consecutive game as Hull recorded a third successive victory with an impressive 3-0 win at Fulham.

Josh Bowler opened the scoring in the ninth minute, Bowen took his tally for the season to 10 in the 57th minute and Tom Eaves added a third late on to deny the Cottagers the chance to move into the play-off positions. 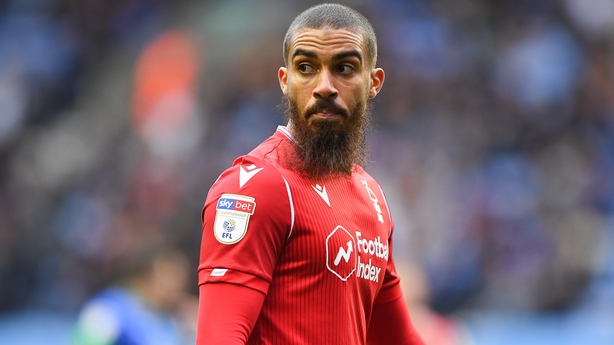 Nottingham Forest returned to the top six following a 2-1 victory at Luton.

Lewis Grabban (above) and Sammy Ameobi found the net either side of the break to leave the Hatters, who got a late consolation through Callum McManaman, two points above the relegation zone.

Joe Ralls bagged a hat-trick to give Cardiff a 4-2 home comeback win over Birmingham in an eventful game at Cardiff City Stadium.

After Kristian Pedersen gave Birmingham a third-minute lead, the hosts turned the game around before half-time through Ralls' penalty and a Curtis Nelson effort.

Ralls added a third in the 69th minute for the Bluebirds, who played the majority of the second half with 10 men after Danny Ward was sent off for a dangerous tackle.

Ivan Sunjic pulled a goal back for Birmingham, but Harlee Dean saw red at the death and then Ralls completed his treble from the penalty spot.

Jordan Obita - with his first strike since May 2017 - and Sam Baldock scored in the first half, with Jed Wallace halving the deficit courtesy of a fourth strike in five games.