Marcus Rashford, Victor Lindelof and Harry Maguire are doubts for Manchester United's trip to Bournemouth after the trio picked up knocks in Wednesday's 2-1 victory at Chelsea in the Carabao Cup.

United head to Bournemouth on Saturday looking for a fourth successive away win in all competitions, but boss Ole Gunnar Solskjaer admits Rashford, Lindelof and Maguire need assessing.

"It's still early," the Norwegian said. "Hopefully we can get them back on the pitch tomorrow.

"They had some treatment yesterday, a little more treatment today, a light session and hopefully they're ready. I can't exactly tell you now."

Paul Pogba remains sidelined with an ankle injury and Solskjaer does not expect him back until after the international break - the same timescale that Axel Tuanzebe, Nemanja Matic and Luke Shaw face. 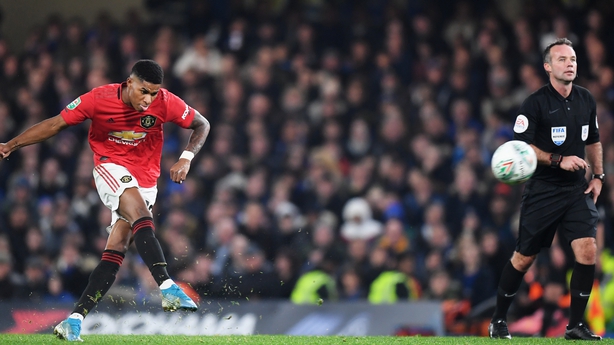 "They're not ready for tomorrow, that's the update," said Solskjaer, who has also been without Diogo Dalot.

Those injuries make the trip to Bournemouth tougher, but United have dealt with such absentees admirably in recent games.

"It's hard to evaluate after just 10 games and some cup games, but there have been some fine margins," Solskjaer said.

"We've played really well at times. We've developed a team spirit, an identity, more intensity, aggression in the team and suffered a bit from injuries."