Mick McCarthy named a 39-man extended panel for the meetings with New Zealand and Denmark, and then littered his press conference with vague hints about who does, and does not, have any genuine hope of featuring in the match that matters.

First of all, here's what we know.

Seamus Coleman is suspended for the Danish showdown and so Matt Doherty will get his big chance. That chance will almost certainly come at right-back, as opposed to his favoured wing-back role, where he has shone so brightly at club level for Wolves.

"More than likely Matt will play as a full-back," McCarthy conceded on Tuesday. So bang goes the 3-5-2, which lasted less than a half an hour in Geneva.

McCarthy also admitted that if his team qualify for the Euros and Coleman can't wrestle his place back from Djibril Sidibe in the Everton side, he may have a very difficult choice to make. 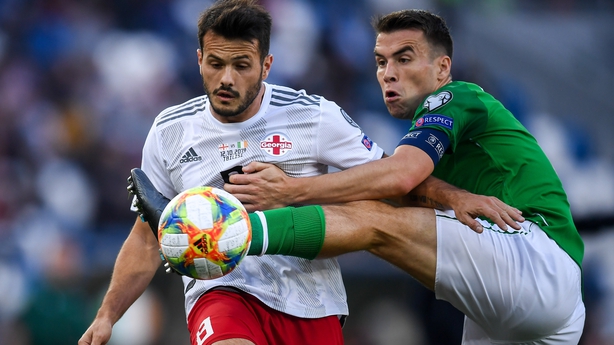 Coleman was benched for the Frenchman on Saturday as the Toffees went down 3-2 to Brighton and Hove Albion. Sidibe initially got his chance against West Ham when the Donegal defender was suspended and he produced an all-action display in a 2-0 win.

"I watched Everton's game on Saturday and Seamus lost out to Sidibe," added McCarthy.

"He's got his work cut out to get into the team. Sidibe is very, very good. Fingers crossed we qualify... if we do then it would be a concern if he's not playing all season, of course."

We can also say with certainty that Ryan Manning won't be displacing Enda Stevens from left-back. The QPR defender may get a first cap against New Zealand, but only an injury crisis would bump him up the pecking order to face Denmark.

"As a left-back he's not better than Enda Stevens, that's for sure," was McCarthy's blunt assessment.

"He's a midfield player who's gone and played left wing-back. 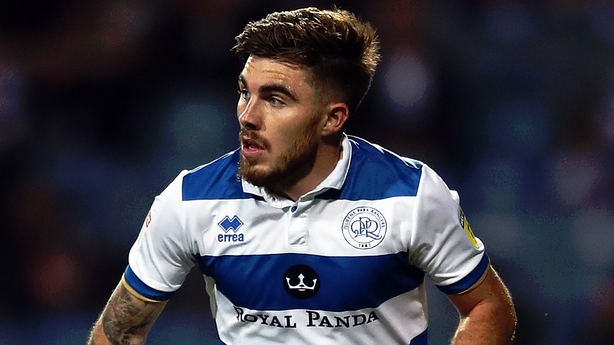 "I've seen him a couple of times. He's technically good, he's got a great left foot. He's an option for me. If we have injury problems coming up to it then he is available to me and I can pick him."

After that, things are less clear.

Robbie Brady is, says the boss, "one of our best players" but he needs regular minutes at Burnley in the next fortnight to get in the mix. If he can force his way into Sean Dyche's starting XI then he has to have a real shot of taking the jersey from the out-of-form James McClean.

"I spoke to Robbie. He was concerned he was out of the squad. He's not been playing - he'd played three minutes in the league I believe up until that point (when he named his panel for the Georgia and Switzerland games).

"I'd love to have him back because he'd be one of our best players, the one who can open up the door and  find a a good pass, and he's got a goal in him." 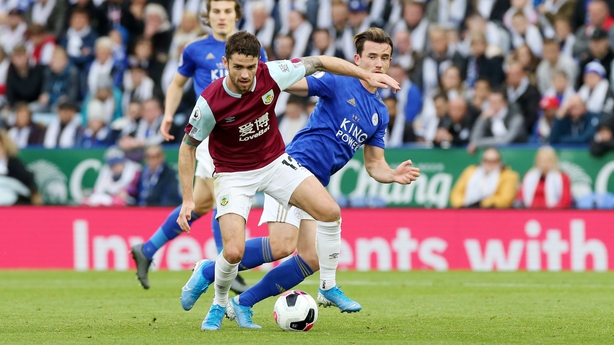 James McCarthy is in the same boat. He's been cursed with injuries for two years and is desperately trying to relaunch at Crystal Palace.

"Robbie and James have got to play games," McCarthy reiterated.

"I'd love to have Robbie fit again, as I would James."

Darren Randolph remains hopeful that he will recover from a thigh injury in time for Denmark but if the Middlesbrough stopper doesn't make it, McCarthy insisted he's open to giving youth its fling.

Keiren Westwood, at 35 very much the senior man, had a fine game for Sheffield Wednesday in their weekend stalemate with Leeds but 20-year-old Caoimhin Kelleher - who starts for Liverpool against Arsenal in the Carabao Cup tomorrow night - and Bournemouth's Mark Travers, also 20, have caught the eye.

"If I've to throw a young one in I'd have no problem with that," McCarthy said.

"For me to sit here and say, 'ooh I'm worried, I wouldn't want to do it', how would they feel? That's not the case. That have been brilliant in training, the two of them, and if I have to play one of them, no problem at all.

We also don't know who will captain the team against the Danes in the absence of the suspended Coleman.

And then there's the tantalising prospect of pairing Troy Parrott with Aaron Connolly.

Mick McCarthy is ready to give some younger players a chance against New Zealand but at his squad announcement today he repeated how important seniority is.

It's a double act for the future in all reality, though 17-year-old Parrott has every chance of getting a run against the All Whites, while Connolly looks a shoo-in to start up front with the returning David McGoldrick when the Danes come to town.

"It's always a big thing to be called into the first-team squad, but when Aaron trained... he was comfortable," McCarthy said when reflecting on Connolly's impact.

"I don't think you can follow anyone else. You're in your own shoes when you turn up. It's different personalities I guess. Aaron seemed to warm to it; if Troy is in the final squad we'll have to wait and see if he warms to it just the same. 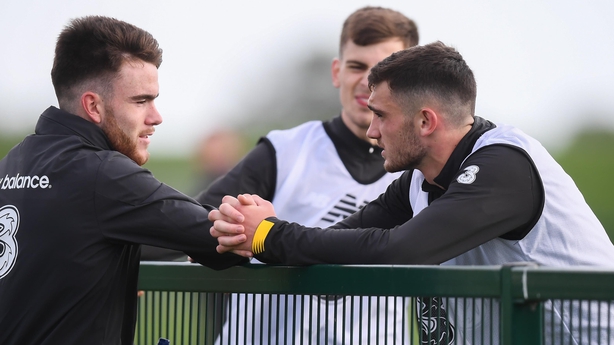 "It'd be lovely wouldn't it?" he asked rhetorically when questioned about the prospect of the two dovetailing in the senior side.

"To think that they've come through the system, come through together. You'll probably find they haven't played that much together (up front) at any level, certainly not with the 21s when I've watched them. Aaron was out on the left and Troy was playing as a ten. But it would be nice if they come through."

We're just under three weeks away from Ireland's biggest game since... Denmark at home, two years ago. In terms of the magnitude of the occasion, McCarthy likened it to some of his greatest days as Ireland boss first time around.

His side are now tasked with ensuring 'Denmark at the Aviva' slots in beside 'Holland at Lansdowne' and 'Iran away' in his catalogue of greatest hits.

"I'm excited. I might get nervous as it gets closer to it. I hope I do actually, I'd prefer that.

"If I stop getting nervous about games of this magnitude then I think I better pack it in. It's a huge game and it is one to be excited about."