Celtic manager Neil Lennon admits he could be on the lookout for another centre forward in January.

The Hoops boss revealed Ivorian forward Vakoun Issouf Bayo will have a scan on a knock and is a "major doubt" for the Ladbrokes Premiership clash with St Mirren at Parkhead on Wednesday night.

Leigh Griffiths, out since August, latterly with a thigh problem and virus, should return to training on Thursday.

Asked if a new striker could be on the next transfer window shopping list, boss Lennon said: "Possibly. Bayo took a knock yesterday so he is a major doubt for tomorrow.

"So we are a little bit short there with only one at the minute (Odsonne) Edouard, who is fully fit.

"Bayo is going for a scan today and we are hoping he should be okay for the weekend." 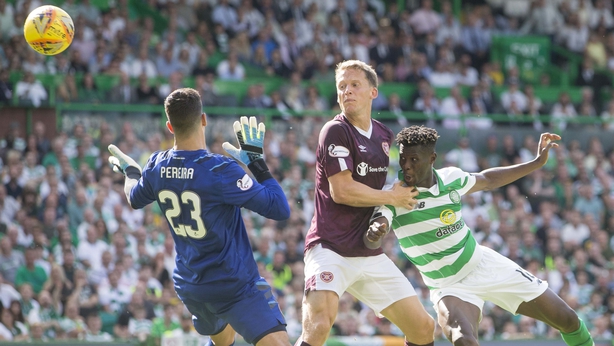 Lennon rounded up his other injury news ahead of the visit of the Buddies, as he looks for Celtic to retain their place at the top of the table.

The Armagh man said: "Leigh is back on the grass now. He has been doing some physical work with the fitness coaches and we hope he starts training again on Thursday.

"Olivier Ntcham (ankle) is back in training and obviously Ryan Christie comes back into contention as well (after two-game ban)."