The Scottish champions were more than holding their own before midfielder Manuel Lazzari fired the Italian side ahead in the 39th minute following a textbook counter-attack.

The Hoops' response to the setback was impressive and they levelled in the 67th minute as midfielder Ryan Christie swept in a pass from striker Odsonne Edouard.

And, with a minute remaining, French defender Jullien rose to power home a Christie corner and take the hosts on to seven points at the top of Group E ahead of the return game in Rome in two weeks' time.

Neil Lennon had predicted a "great European night" at Parkhead and it promised to be that in front of a full house in a state of some frenzy at kick-off. 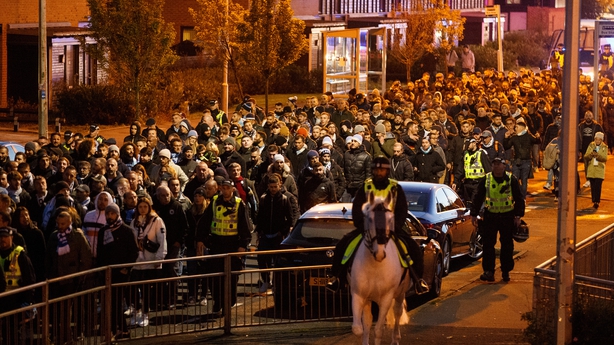 The Irishman brought back Christie, who is in the middle of a two-game domestic suspension, for Tom Rogic, who started on the bench, while Hatem Elhamed replaced Jeremie Frimpong at right-back.

As expected the visitors, with one eye on the Serie A game against Fiorentina at the weekend, were not at full strength.

Top scorer Ciro Immobile started on the bench and Felipe Caicedo playing alongside Joaquin Correa in a two-pronged attack.

Celtic, who hammered Ross County 6-0 on Saturday to return to the top of the Ladbrokes Premiership, got off to their traditional fast start but streetwise Lazio seemed prepared.

The early stages were frantic and open if lacking in opportunities.

In the 16th minute Christie blasted a shot from 25 yards which clipped the outside of a post and Correa's drive moments later at the other end was parried by goalkeeper Fraser Forster, with the home side clearing the danger. 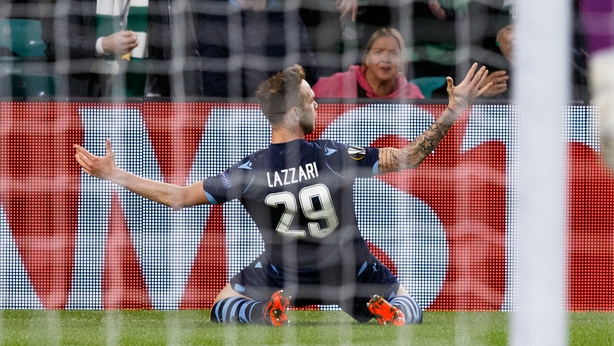 It looked like Celtic should have had a corner, but instead, to rub salt in the wounds, seconds later Lazio broke and Correa's perfectly-weighted pass found Lazzari racing into the area and from an angle he thundered the ball high past Forster at his near post.

There was increasing anxiety among the home fans as the second half progressed, with Lazio remaining disciplined and resolute while retaining their threat going forward.

On the hour mark Lazio got themselves in trouble with some slack play but Christie and then James Forrest failed to capitalise.

Four minutes later, Celtic escaped when Correa broke into the Hoops box surrounded by three backtracking home players only to crash his shot off the base of a post. 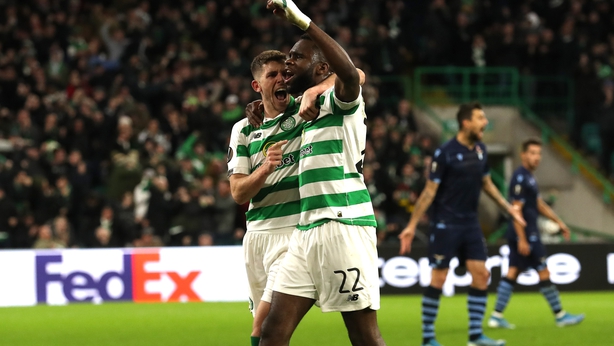 Lazio paid for that profligacy moments later as play swung again, Christie taking a pass from Edouard 14 yards out and guiding his shot past keeper Thomas Strakosha to the delight of the home support.

Correa was soon replaced by Immobile, but the momentum was with the home side, although in the 78th minute Forster made a great reaction save from Lazio skipper Marco Parolo, who got on the end of a Lazzari cross, before Immobile screwed a shot from 16 yards wide.

However, there was more drama to come when Jullien sent Celtic Park into raptures with a bullet header from Christie's in-swinging corner to complete a fine comeback.

The hosts also had Forster to thank, though, for another fine save from from substitute Danilo Cataldi's injury-time volley.