Troy Parrott is in contention to make his senior Republic of Ireland debut against New Zealand next month.

McCarthy has watched a number of Irish players over the course of the last week as he ponders every possible option ahead of the huge Euro 2020 qualifier showdown against Denmark at the Aviva Stadium.

That game takes place on Monday 18 November but four days before that New Zealand come to town for a friendly - and Parrott could well get the nod for it, as the manager revealed on Wednesday.

"We have monitored Troy's form and progress all season and New Zealand could be the ideal chance to have a look at him at senior international level," McCarthy told the FAI website.

"We changed things around for the Bulgaria game in September and we saw the benefit of that with the performances of the players who came into the team and did well.

"Troy could be one of the ones to benefit. He scored four goals on Tuesday which will have done him the world of good and he has served his suspension now after the red card in the Under-21 game against Italy so he will be an option for New Zealand and for this squad."

Ryan Manning is another on McCarthy's radar. The boss was at Loftus Road last night to watch the Galway left-back in action for QPR in their 2-2 draw against Reading.

"Ryan is another player who could benefit from the fact that we play New Zealand just four days before the Euro qualifier against Denmark," said McCarthy.

"He is playing well in a very competitive QPR team who are well up there in the Championship.

"I know Ryan started his career as a central midfielder but he played both as a left-back and as a left-sided wing back against Reading on Tuesday and he did well."

Aaron Connolly shone off the bench against Georgia and then started against Switzerland, his inclusion in both games showing that McCarthy is perhaps more open to taking a chance on Ireland's young talent than he was earlier in the campaign. 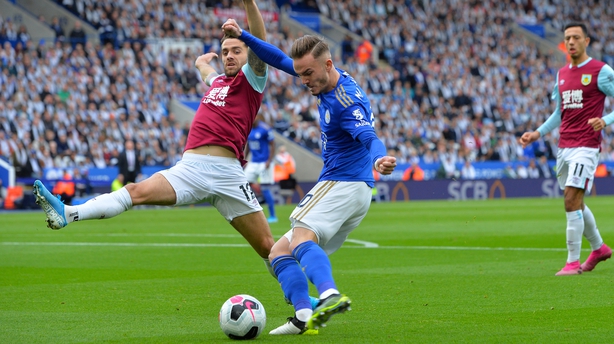 Two of the old guard also returned from injuries at the weekend in a further boost to the cause.

"The news has been all positive for us in terms of form and fitness this week," added McCarthy. "I was delighted to see Didzy (David McGoldrick) play 78 minutes for Sheffield United in their win against Arsenal on Monday night after he missed the Georgia and Switzerland games.

"David has been a key player for us in this campaign and his experience will greatly benefit us against Denmark. Robbie Brady's return is also welcome, he hasn’t been involved with us so far this season simply because he hasn’t been fit enough to play for Burnley.

"He got 65 minutes alongside Jeff Hendrick against Leicester on Saturday and that is a great start to his return to full fitness and regular first team action. As with David’s return, that can only benefit Ireland as well."