With five ex-UCD players in their match-day squad, Shamrock Rovers confirmed the Students' relegation with a comfortable victory in their SSE Airtricity League Premier Division clash at the UCD Bowl.

Seven minutes later Kearns watched somewhat casually as Cummins’ looping header from an Aaron McEneff cross bounced over off the top of his crossbar.

That early dominance told within a further six minutes as Hoops had a deserved lead.

Watts floated the dead ball to the far post where skipper for the night Lee Grace nodded the ball back into the area for fellow defender Joey O’Brien to head home.

That should have been doubled within a further three minutes.

Daniel Lafferty got forward on the left to cross for Cummins, but the striker drilled his shot wastefully wide.

Relegation for @UCD after a comfortable 3-0 win for @ShamrockRovers at the Bowl pic.twitter.com/sfyNa58hze

UCD didn’t threaten until the 25th minute when Doyle’s ball appeared to have Dara Keane in on goal. A combination of Ethan Boyle and Greg Bogler got back to thwart the danger.

The defending was less assured at the other end as UCD needed a fine tip-over save from Kearns to deny Cummins after the striker nipped in behind from McEneff’s clever back-heel.

But Kearns was helpless to prevent Rovers duly scoring again in the final minute of the first half.

McEneff’s crisp pass found Under-21 international Neil Farrugia who nonchalantly slalomed past two defenders before dinking a chip to the back post for Cummins to nod home.

It remained one-way traffic into the second half, Kearns touching a McEneff free kick round a post 11 minutes in.

But a mistake by the UCD keeper then gifted Rovers their third goal on 63 minutes.

Kearns slipped, injuring himself in the process, in merely clearing a back pass straight to Kavanagh with the 19-year-old running in to side-foot the ball into the unguarded net for his first league goal for the club.

With the Cup final in mind, the only worry for Rovers on the night was Farrugia leaving the field with an injury as the Hoops played over 10 minutes with 10 men as all substitutes had been used. 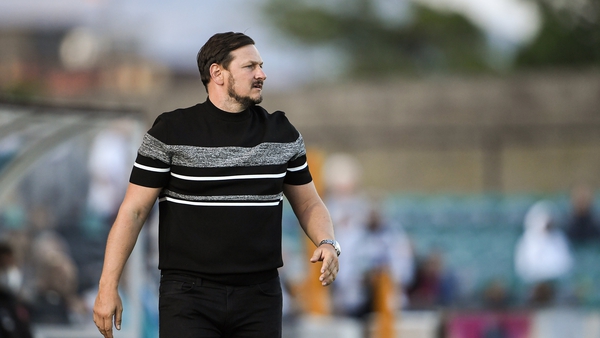 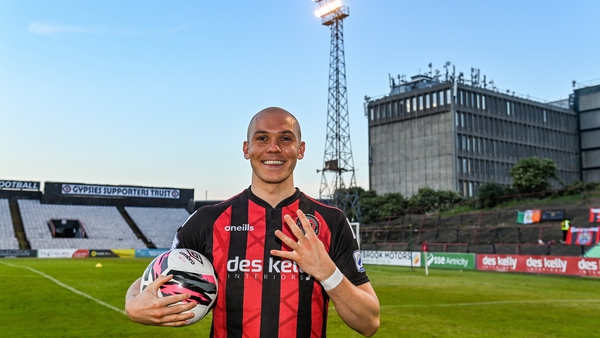 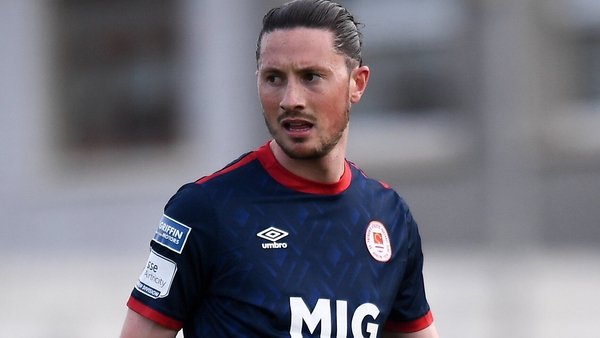 St Pat's close gap on leaders with win at Longford 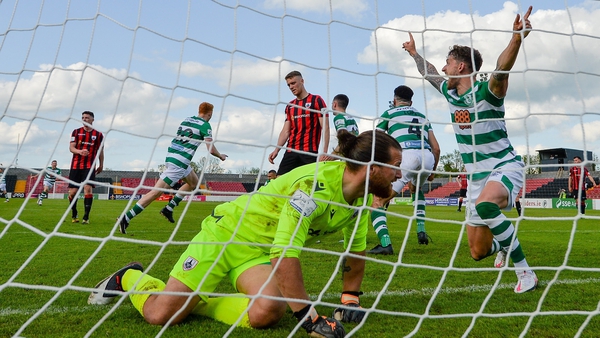 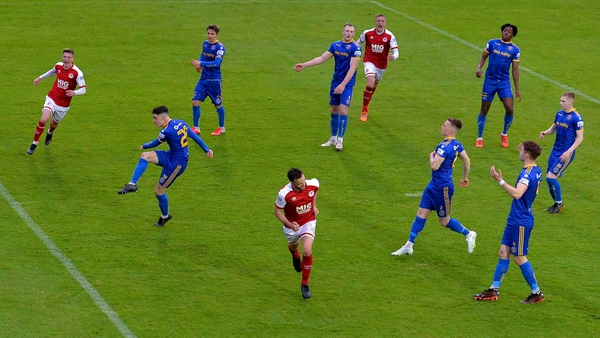