Republic of Ireland striker David McGoldrick will be given every opportunity to prove his fitness ahead of Sheffield United's home game against Arsenal next week.

The Blades resume their Premier League campaign in front of the television cameras on Monday night, giving boss Chris Wilder extra time to finalise his plans following the international break.

McGoldrick missed Ireland's Euro 2020 qualifier draw with Georgia and defeat in Switzerland with the groin injury that ruled him out of United's last four matches.

Ireland boss Mick McCarthy will be anxious to see his first-choice No 9 get some games under his belt before the decisive Group D encounter against Denmark next month.

Striker Oli McBurnie also pulled out of the Scotland squad with a knee problem while midfielder John Fleck made his Scotland debut in the defeat in Russia before also withdrawing from the squad through injury ahead of the win against San Marino.

Wilder said of the injured trio: "We'll give them as much time as possible. They are important players for us so we will give them enough time and opportunities to be available for Monday night.

"We will just have to wait and see. Every day changes and every day gives them the opportunity of making the squad.

"We can't take risks on them and take a big gamble of sticking them out there, that wouldn't be fair on the fit players either.

"The injured boys have been in and working extremely hard over the international break and hopefully they can be available."

He said: "The international boys will be back in today, so fingers crossed that they come back healthy - and early indications are that they are okay.

"We've talked about how proud we are that a few of our boys are involved on the international scene now and a couple of them had tough games last night for the Republic (of Ireland).

"We want as much time to prepare as possible and playing on the Monday night does give us an extra couple of days to do that, which we need when we are coming up against a side as tough as Arsenal." 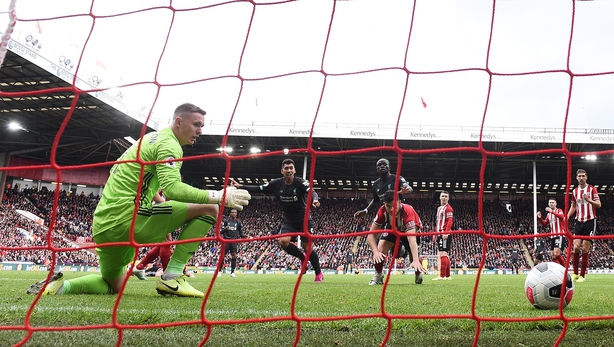 In their last home game the Blades made life difficult for Premier League leaders Liverpool before eventually going down to a slender 1-0 defeat.

Wilder is looking forward to seeing another of the country's top sides visit Bramall Lane - and also giving them a game.

"Arsenal are an historic, iconic club and it is another brilliant fixture for us as a football club," he said.

"I thought we played well against Liverpool but we need to pick up something from the game this time and we believe we can do that. We went after Liverpool when we could and picked our times, and we will do that against Arsenal.

"We are competitive and we fancy our chances and we are bullish. At the same time, however, understanding the threat and pace and power that Arsenal have in the top end of the pitch - we must respect that."